With the Pascal product out of the way, let's dig into the actual launch, which again is a hard launch from NVIDIA and their partners. It's been a long road, but NVIDIA now has mobile parts which are powerful enough to drop the "M" designation, and it's partners are eager to add the new card to their products.

The design of the notebook GPU has varied depending on what product it is, and what the target market is. It's no different this time around, and GTX 10-Series for notebooks will be available in a variety of form factors. MXM cards will be available for some of the larger gaming laptops around, and there will also be soldered on versions too for thinner and lighter designs. But NVIDIA has added some features to improve the end result. For example, NVIDIA will be using Dual-FET power supplies and multi-phase power controllers. This should give a smoother voltage level, and is likely one of the reasons NVIDIA is allowing overclocks on their mobile parts now. 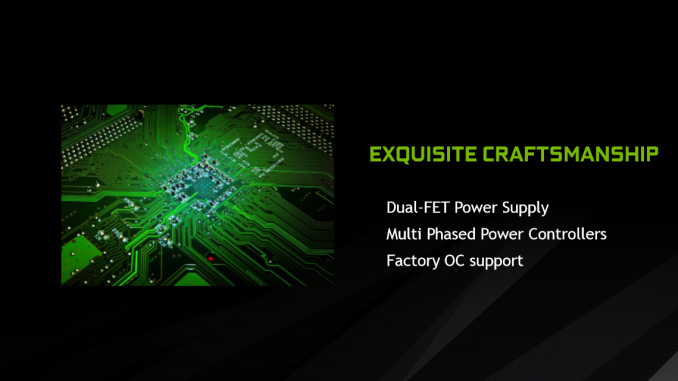 Another feature that we saw introduced last year on the notebook was G-SYNC, and with Pascal, this has been updated as well. Previously it was only available on select laptops with a 1920x1080 panel, up to 75 Hz refresh rate. With the GTX 10-Series, the resolution has been increased to 2560x1440, and G-SYNC will now support panels with up to 120 Hz refresh rate. The standard caveats will still apply though. G-SYNC on a notebook will only work if the GPU is directly connected to the display, so that rules out any notebooks with Optimus support. 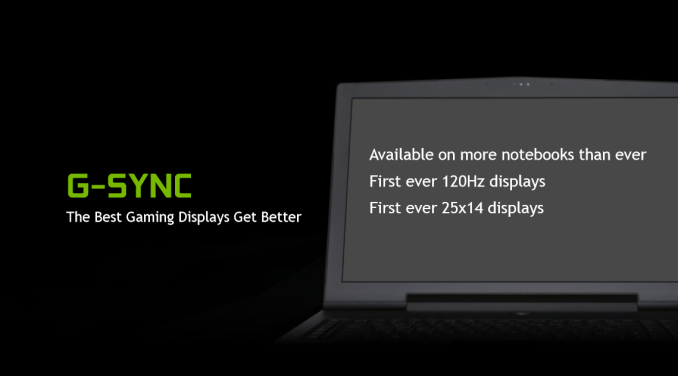 Comparing GTX 10-Series to the outgoing Maxwell based parts shows that there is going to be a significant amount of performance gained. The bottom end of the lineup should see a substantial increase in performance, with not only double the CUDA cores, but a 192-bit bus on the GTX 1060, compared to just a 128-bit bus on the GTX 960M.

Moving up the product stack to the GTX 1080, it considerably outclasses the older cards, including the GTX 980 for notebooks, with more CUDA cores, 10 Gbps GDDR5X memory, and 8 GB of RAM.

With this being a hard launch, NVIDIA has already started with shipements to their partners, and pretty much every single gaming laptop manufacturer is already shipping, or will shortly be shipping, updated product lines to take advantage of this new GPU. Most of the devices shipping now are going to be refreshes of existing product lines, but we may see some new designs in the not too distant future as well. NVIDIA is expecting designs around $1300 as a starting place, but I would expect several manufacturers to quickly get under the $1000 threshold on their competitively priced gaming notebooks.

Pascal is a major update to the notebook, with pretty substantial performance increases accross the board. With the first new GPU capable process in many years, architectures have been patiently awaiting the chance to stretch their legs with the latest FinFET transistors. NVIDIA is able to pack more transistors in the same space, and the FinFET design limits current leakage enough that we've finally got desktop class capability in a portable form factor.

With several manufacturers already shipping updated designs, we should have some review units in soon to check out the latest GPU.