Dell pioneered the thin-bezel laptop, but that does not mean they did not have room to improve on their original design over the years. The first several generations featured a webcam at the bottom of the panel, which was flattering to no one. With the proliferation of video chat, such a decision would be a major negative to many people. But thankfully Dell solved that particular issue a couple of generations ago, and the new model continues to pack a 720p webcam in the correct location above the display, with only a slightly taller top display bezel to accommodate the camera. And speaking of the display bezel, Dell has tweaked their design language slightly over the XPS 13 2-in-1, with both the black and white models both featuring a black display bezel on the clamshell XPS 13, which helps it disappear into the background a bit easier than the white bezel on the 2-in-1. 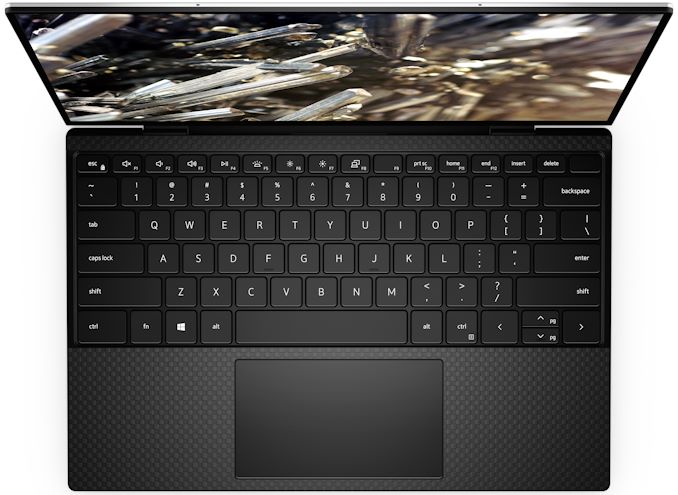 The XPS 13 in Platinum Silver with black carbon fiber

Another nice change over the 2-in-1 version is that Dell is not using their MagLev keyboard design, instead outfitting the XPS 13 with a more traditional scissor-switch keyboard with 1.0 mm of travel. The MagLev has a very short throw, whereas I find the traditional keyboard to be much more reassuring to use.

Dell is offering the XPS 13 in the same color choices as the 2-in-1 as well. The Platinum Silver model features a black carbon fiber keyboard deck with a soft-touch coating, while the Arctic White model features a woven fiber keyboard deck which Dell has treated with a stain and UV resistant coating, to prevent the deck from yellowing with age. The Arctic White is only $49 more, and certainly makes a statement, although it still suffers from the same issue as all white-on-white laptops with white backlighting, which is that the keyboard backlighting can wash out the keys in a bright room. That is a fairly minor negative though, for an otherwise fantastic finish. 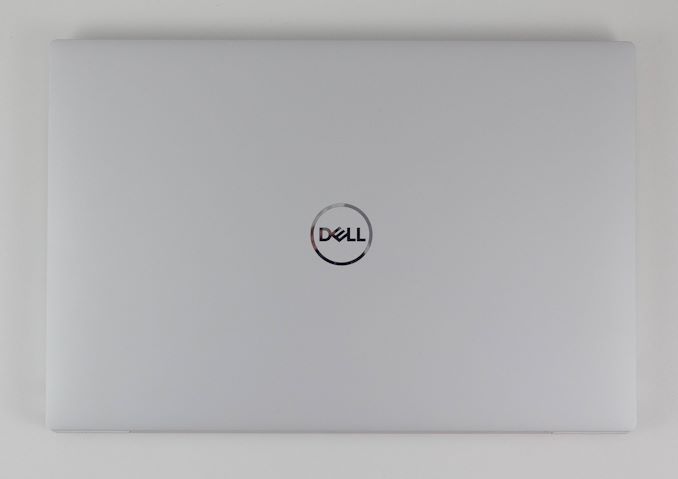 The XPS 13 also features an excellent trackpad, offering a very smooth finish, and good precision. Laptop trackpads have come a long way, and part of that is the standardization on the Microsoft Precision touchpad drivers, which Dell employs here.

Dell has eschewed the use of USB Type-A ports, instead offering just a single USB Type-C port on each side of the laptop. This in turn is paired with a 3.5 mm headset jack on the right, and a micro SD card reader on the left. Although the XPS 13 lacks ports in numbers, it somewhat makes up for that with both USB ports supporting Thunderbolt 3, including power delivery. It is unfortunate that the Type-C port has found itself to be so confusing in its capabilities, but with the XPS 13 supporting the full range of protocols, as well as four lanes of PCIe on both ports, that at least is not a liability here. Dell does include a Type-C to Type-A adapter in the box as well, for those that require the larger port. By including power delivery on both sides of the laptop, that also means the XPS 13 can charge on either side, which can be very handy when moving the laptop from place to place.

Dell’s design ethos with their XPS lineup has converged across the entire range of XPS laptops, and with great success. The CNC milled aluminum bodies, thin bezels, compact designs, and lightweight chassis make for some of the most compelling devices in the industry. Moving to a 16:10 aspect ration on their XPS line has been yet another design win for Dell, and helps provide the excellent 91.5% screen to body ratio found on this XPS 13 notebook by further shrinking the bottom bezel. Dell has sculpted a clean, sleek, and functional device, and while the rest of the industry has also adopted the thin-bezel design, Dell has really mastered it.