Right out of the box, HP’s newest 30” display is huge - but you expected that and prepared by already clearing off your desk, right? ;) 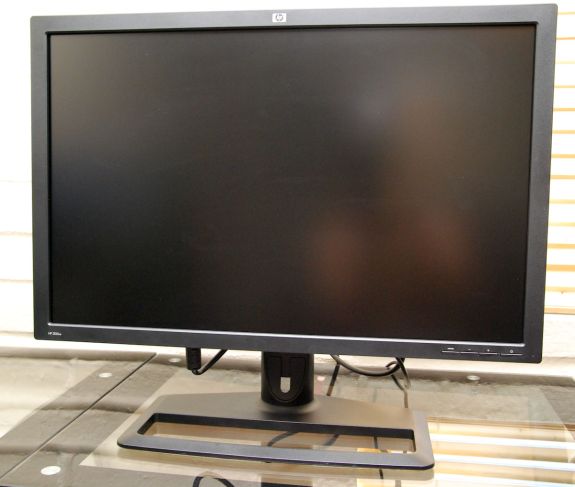 Getting the beast of a monitor out of the packaging was actually exceedingly easy; remove one piece of styrofoam, and out comes the stand. One more large piece and the panel is right there for your picking.

The ZR30w display stand packs virtually all the bells and whistles a 30” stand should. There’s 4” of vertical travel, and movement in every axis except pivot (meaning you can’t rotate and use the monitor in portrait mode unless you roll your own VESA stand). HP’s quick release lock system is actually surprisingly useful. The monitor has a slide-in rack which mates up to the display stand; you can slide the monitor in, move a lever into the locked position, and you’re done. This is again the same mechanism used in the LP3065. I was very impressed with how solid and simple this configuration was - there’s no flexing or creaking, and no screws or assembly. It’s always a nice touch when out of box setup is painless - it’s downright critical when you’re juggling a 30” display. In addition, at the base of the monitor is a snap-on cable management cover for routing cables. 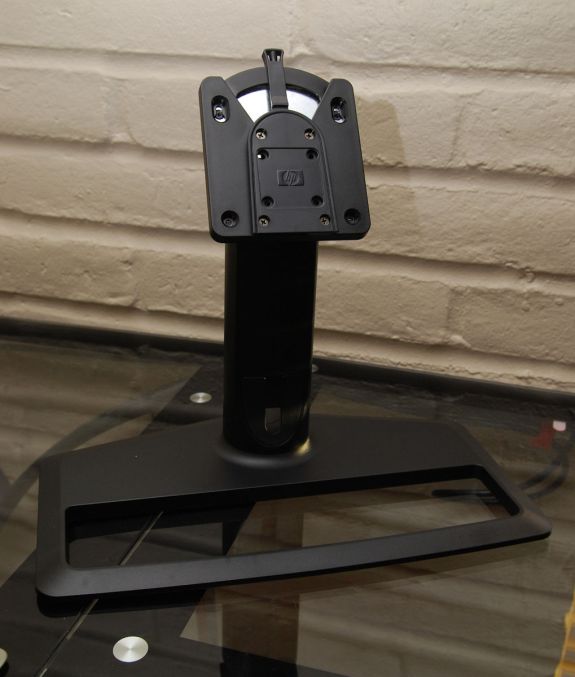 The aesthetics are serious and businesslike. There’s a small HP logo up top and center, the model number sits meekly in the bottom left, and in the bottom right are the display controls. There’s a classy aluminum strip which runs along the entire outside of the bezel - a nice industrial design motif for a 30 incher. HP advertises that the chassis uses at least 25% post-consumer recycled plastic resin. 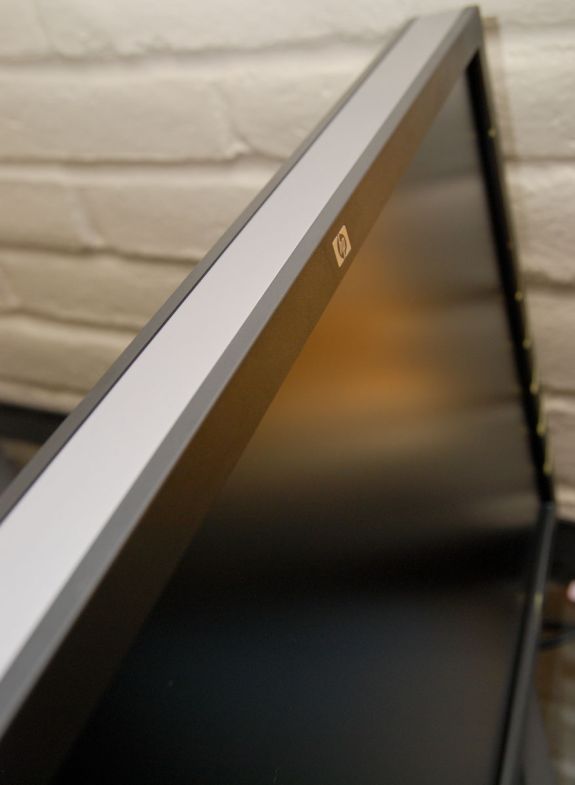 That classy aluminum strip runs all the way around

Around back is a much larger HP logo, cooling vents, and the display inputs. There’s also a semi hand hold which is great for guiding the monitor into the latch mechanism. Other than that, there’s not much else to speak of except the two USB 2.0 ports on the left of the display. What’s good about the ZR30w’s aesthetics is that they aren’t loud, garish, or overwhelmed with branding. 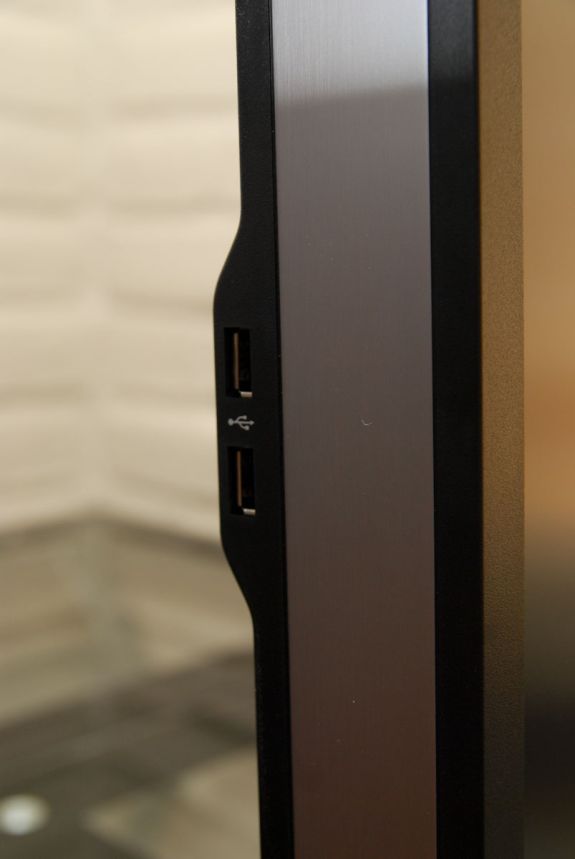 I noted in previous display reviews that sometimes at the lowest height setting the display connectors can hit the stand or otherwise be obstructed. Note that HP gives almost two entire inches of clearance for cables. This is the way it should be done - no problems connecting DVI cables, especially since dual-link cables are notably beefier. 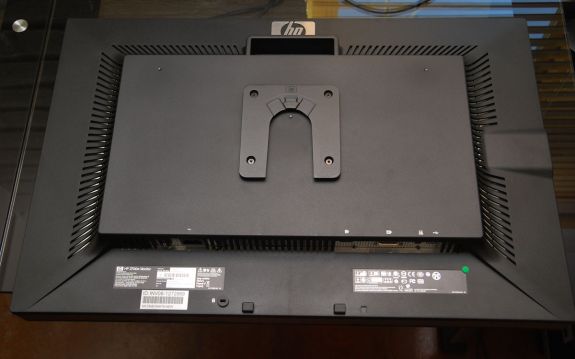 We always like to use the monitor out of box without calibration for some time and just get a feel for it. While it’s easy to make a case that if you’re shopping for a 30” LCD, you’ve probably got the means to calibrate, it’s a harder case to make on the smaller displays. That said, I was immediately impressed with the ZR30w. Right away, the greens and reds were notably richer than on my two BenQ FP241W displays I use daily.

HP ships its manual on an enclosed CD-ROM, and also part of that installer is a color calibration .icm profile. As a rule, I’m going to start using manufacturer-supplied color profiles for my subjective uncalibrated testing and “uncalibrated” results, since they’re closest to what average users without colorimeters are going to do. Even with this ICM profile however, the panel seemed a bit cool in temperature to me (I later measured and found the same), but everything else seemed quite good.