Today's desktop processors are more than fast enough to do professional level 3D rendering at home. To look at performance under 3dsmax we ran the SPECapc 3dsmax 8 benchmark (only the CPU rendering tests) under 3dsmax 9 SP1. The results reported are the rendering composite scores. 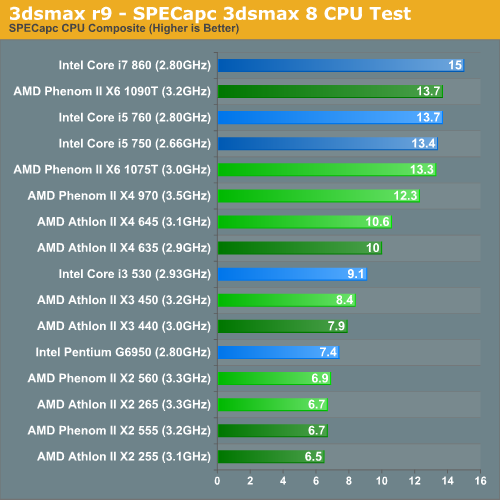 The 1075T comes close to its competitors in the 3dsmax test, while the Phenom II X4 970 definitely falls short.

Created by the Cinema 4D folks we have Cinebench, a popular 3D rendering benchmark that gives us both single and multi-threaded 3D rendering results. 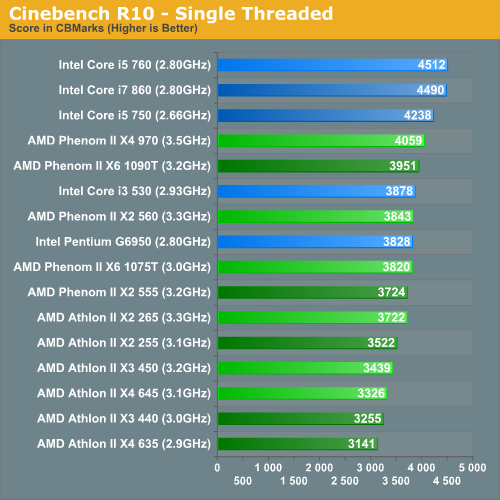 Single threaded performance is AMD's weakest point. Even at 3.5GHz the Phenom II X4 970 can't keep up with a turboed Core i5 750. If you run a predominantly single threaded workload, Intel will typically offer you better performance than AMD. 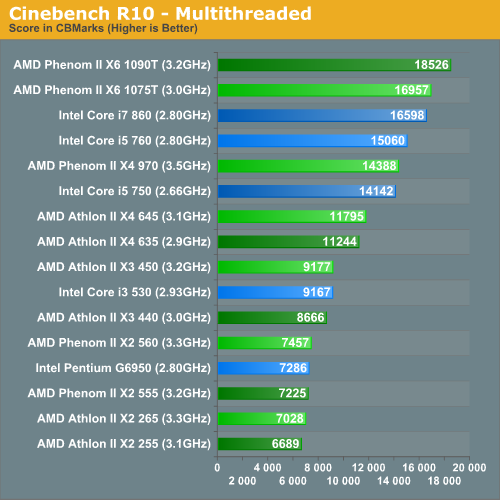 I've started running Cinebench 11.5 in preparation for an update to Bench, some of the initial results are below: 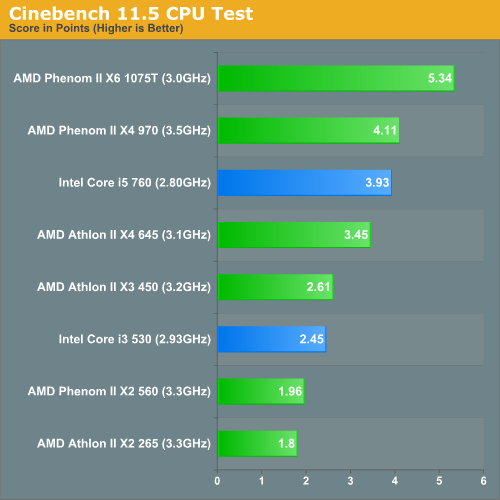 The default benchmark is heavily threaded. As a result the scores echo what we just saw.