Media Center for Windows 8: An Add-on At A Nominal Price

AnandTech has been covering the Home Theater PC space since those halcyon days when Windows XP Media Center was rolling out, and the era of dual-core Pentiums promised tolerable playback of DVD-quality AVI files. Despite our, and your, enthusiasm, Microsoft dropped hints throughout the product’s various iterations that Media Center’s role in Windows 8 was minimal. As the Building Windows blog was updated we saw promises that Media Center would be there, but with little in the way of details. And in their latest post, the Windows 8 team reveals the new face of Media Center. 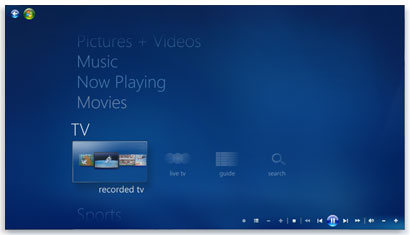 Yeah. We know. The new Media Center is the old Media Center, wholesale. In the post regarding SKUs, the Windows 8 team announced that Media Center would not be included in any of the Windows 8 releases, but would be available for Windows 8 Pro users as an add-on. The add-on will be the same experience found in Windows 7, with no apparent additions. Why take such an apathetic approach to Media Center? Usage.

In data Microsoft published last year, Media Center was launched by 6% of Windows 7 users. For a feature to have such low usage, 10 years after it was first introduced, means that whatever efforts to gain traction have failed, and further efforts are unlikely to have great success. So, deprecating Media Center to the level of a near-orphaned feature is not surprising in the slightest. What was unexpected was the deprecation of audio codecs and DVD playback to the Media Center Pack as well. Codec licensure is something the public can generally ignore, but it’s the reason DVD players will never cost a penny, and why the original Xbox required a dongle for playback. Since Windows XP Media Center, users have been paying for MPEG-2 and Dolby Digital decode support. With Vista, the audio side was bolstered with Dolby Digital Plus, and this was maintained in Windows 7. Windows 8 will not have DVD playback out of the box, though with the addition of the Media Center Pack will gain the appropriate licensure. 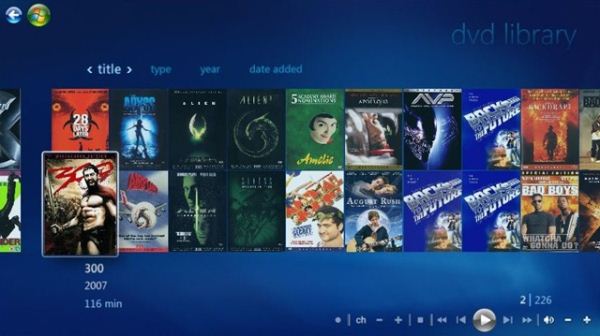 News isn’t all bad on the media front for Windows 8, though MPEG-2 for the DVD containers is omitted, it is included for H.264 decoding, alongside Dolby Digital Plus support; all this intended to extend video streaming support. In the era of Ultrabooks and tablets, optical drives are on the decline, so omitting support for DVD-Video playback, and entirely ignoring BluRay support, is sensible.

We had been considering doing a quick “State of the HTPC”-style piece, with a focus on the state of MCE and what changes to expect in Windows 8. Now we know, there’s not much to expect. So, instead we’ll plan to explore what competing software has been able to accomplish, particularly MythTV; and how well the latest CableCARD experience pans out. Don’t be surprised, though, if our HTPC software of choice remains Windows 7, well into the future.