My first reaction to LG's shipping ICS skin (based on 4.0.3, LG is calling it UI 3.0) was simply “wow, this is a lot better than expected.” As time went on, I realized that it’s actually the best I’ve felt about an Android skin since...well....ever. I’m still a pure Android lifer, but I don’t mind UI 3.0. LG described it as unobtrusive and simple, and though I was skeptical at first, it’s really not very invasive. 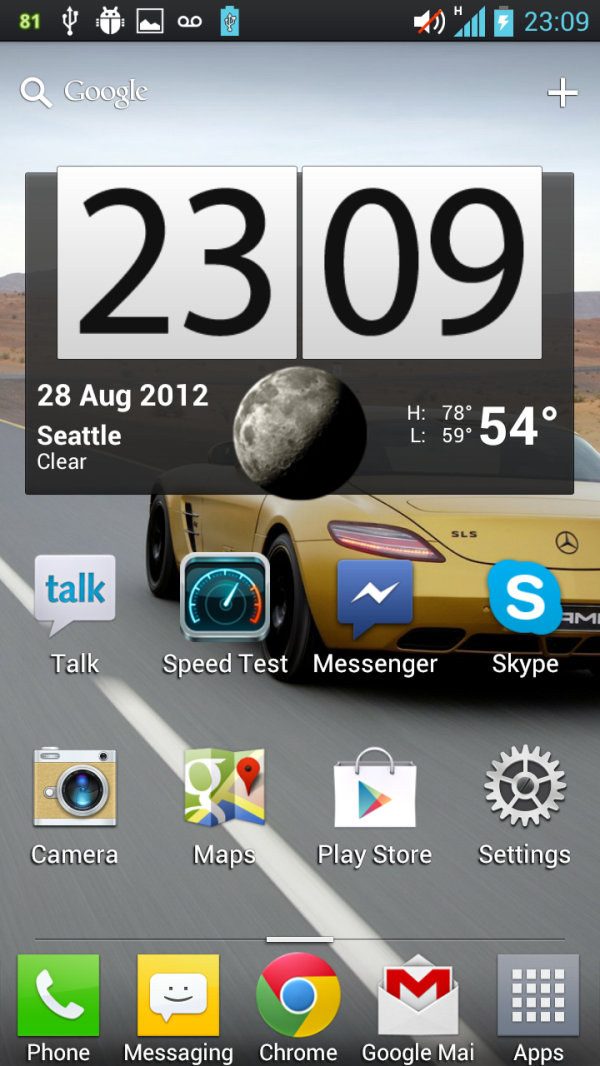 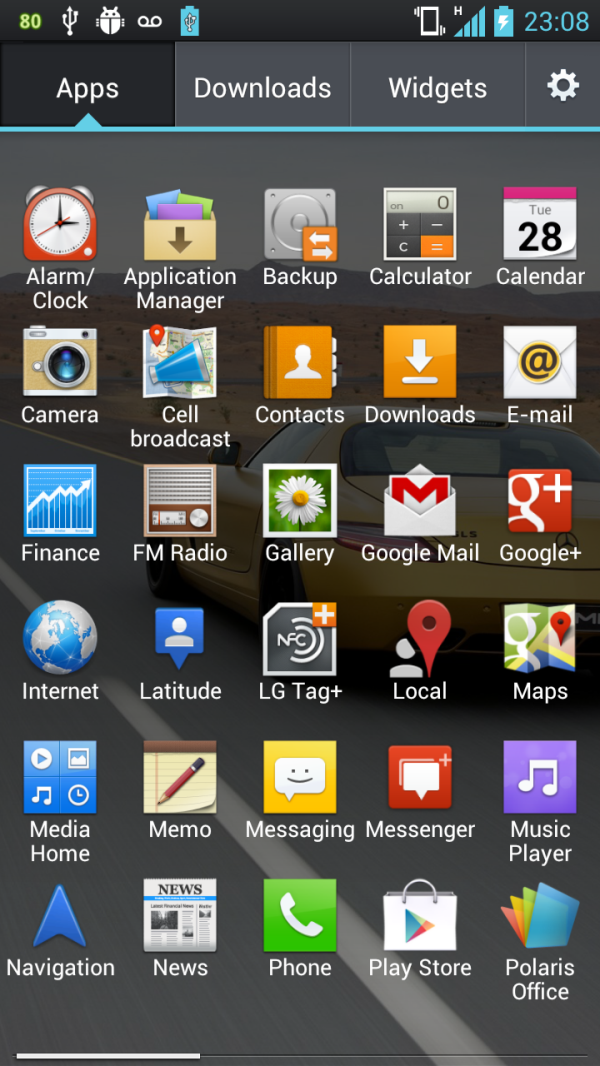 As such, a lot of the good old ICS UI elements are present and accounted for, but LG has made the entire theme much lighter than ICS (good) as well as changing the iconography (not so good). My lone complaint with the stock Android interface is that it’s pretty dark, so the white menus and UI elements do a good job of making ICS that much less gloomy. The iconography is basic and dull, unfortunately, but at least LG lets you change the icons quite easily by holding down on them. It’s still very clean, thankfully - that’s what LG has done a good job with, really keeping the essence of ICS the same while just changing some of the details and adding functionality where they could. Examples being the lock screen shortcuts, a 5x6 icon grid in the launcher, quick setting toggles in the notifications drawer, and things like that.

The animations are all quite slick - you can basically touch anywhere on the lock screen and swipe to unlock the phone, and underneath your finger appears a transparent “window” that shows you your homescreen as you swipe outwards. It’s hard to describe, but hopefully the screenshot above gives you a decent idea of what I’m talking about. It’s also seriously cool to use in practice. 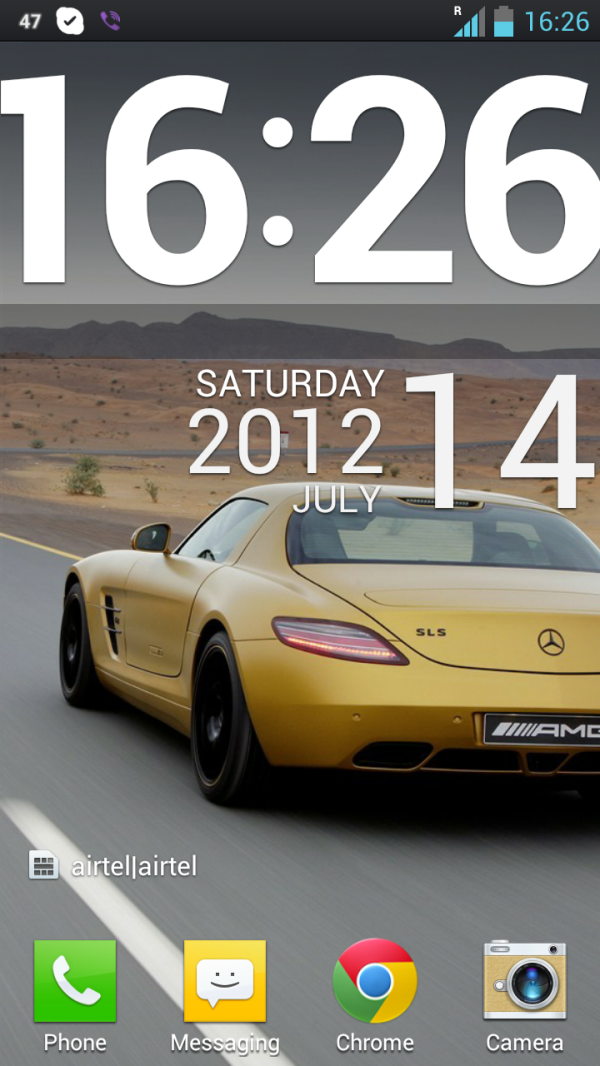 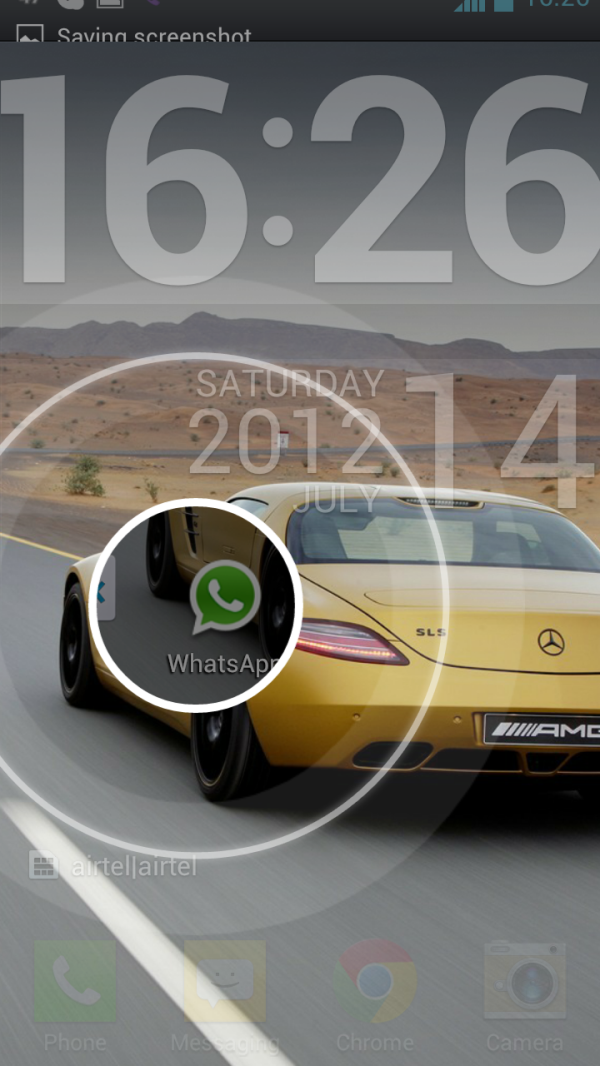 There are seven homescreens, with a number of different swipe animations to choose from - accordion, carousel, panorama, domino, layer, breeze, and the basic default. All of them are smooth, maybe not as much as Butter, but still quite good. And compared to the LG norm, this is leaps and bounds ahead.

There’s not much really to report other than that - LG hasn’t done too much to the ICS we know and love. It’s far less intrusive than Sense 4.0 - I tolerated it with the HTC One S, but I think deviates too much from Google’s Android builds and tries to be different simply for the sake of being different. I’ve also never been a huge fan of TouchWiz - I disliked it enough on my SGS2 that I almost immediately switched to CM9. The Nature UX variant on the Galaxy S III, though it has some nice animations, seems to be more cluttered than ever. It’s just inelegant, both in look and feel. I really have to applaud LG for going the opposite direction and not messing with a good thing - they added just enough functionality and fanciness in the UI to differentiate themselves from Google, but didn’t resort to a heavy reskin of ICS to achieve it.