Haswell isn't expected to launch until the beginning of June in desktops and quad-core notebooks, but Intel is beginning to talk performance. Intel used a mobile customer reference board in a desktop chassis featuring Haswell GT3 with embedded DRAM (the fastest Haswell GPU configuration that Intel will ship) and compared it to an ASUS UX15 with on-board NVIDIA GeForce GT 650M. 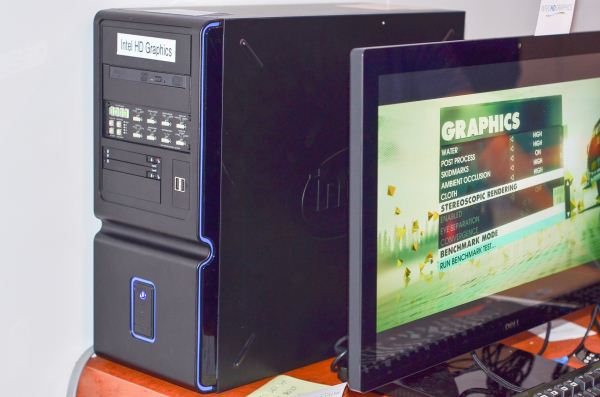 Despite the chassis difference, Intel claims it will be able to deliver the same performance from the demo today in an identical UX15 chassis by the time Haswell ships. 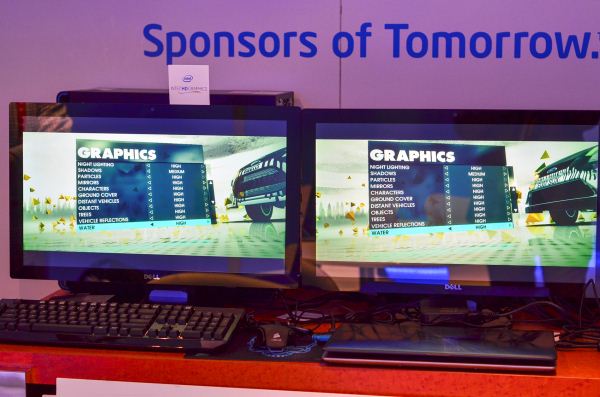 The video below shows Dirt 3 running at 1080p on both systems, with identical detail settings (High Quality presets, no AA, vsync off). Intel wouldn't let us report performance numbers, but subjectively the two looked to deliver very similar performance. Note that I confirmed all settings myself and ran both games myself independently of the demo. You can be the judge using the video below:

Intel wouldn't let us confirm clock speeds on Haswell vs. the Core i7 (Ivy Bridge) system, but it claimed that the Haswell part was the immediate successor to its Ivy Bridge comparison point. 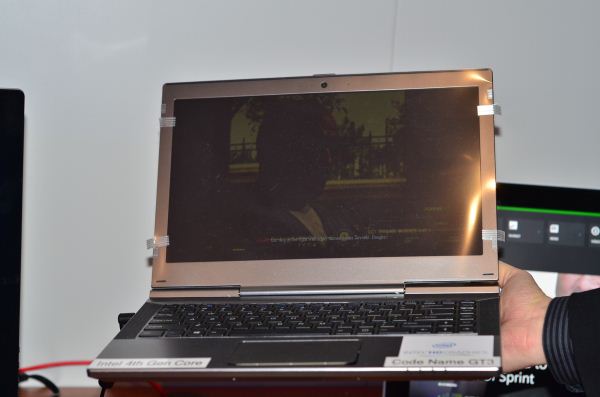 Haswell GT3e's performance looked great for processor graphics. I would assume that overall platform power would be reduced since you wouldn't have a discrete GPU inside, however there's also the question of the cost of the solution. I do expect that NVIDIA will continue to drive discrete GPU performance up, but as a solution for some of the thinner/space constrained form factors (think 13-inch MacBook Pro with Retina Display, maybe 11-inch Ultrabook/MacBook Air?) Haswell could be a revolutionary step forward.