Visually, the new version of the BlackWidow Ultimate is essentially identical to the 2013 version. Thankfully, Razer ditched the glossy plastic frame after the 2012 version and is now using a soft, matte black frame, which is not as prone to fingertips as the first versions of the keyboard. Other than that, the keyboard follows a typical full keyboard layout (US layout for our sample), with the exception of five extra macro keys on the far left side of the board. Most of the keys are very firm and robust, with the exception of the larger keys. Razer is using stabilizer bars beneath the larger keys, which do give a uniform feeling while pressing them but they hardly do anything to stop the keys from wobbling. 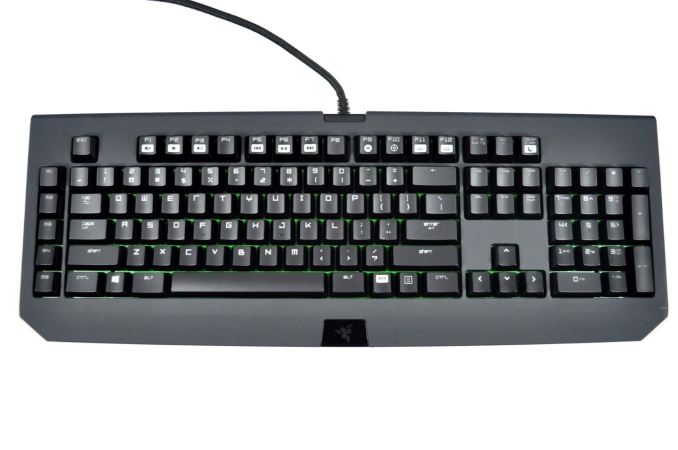 Once powered, the first thing that you will notice about the BlackWidow Ultimate is the backlighting. By that, we do not mean the unique bright green color but rather how powerful the backlighting is. At the maximum setting, the backlighting is annoyingly bright even inside a well-lit room. Thankfully, there are about 18 brightness settings ranging from off to maximum, allowing the user to find a comfortable setting. Razer's logo is also lit up. Only the primary character of each key receives backlighting; the secondary functions are simply printed on the keycaps. The only key that has no backlighting at all is the FN key.

Additional functions are available by holding down the FN key and pressing one of the function keys. The F1-F3 keys are used for volume control, the F5-F7 keys for multimedia functions. The F9 key will initiate on-the-fly macro recording and the F10 key will put the keyboard into its "gaming mode", which essentially disables some of the keyboard's functions like the Windows key. By holding down the FN key and then pressing the Pause button, you can put your computer into sleep. Finally, the F11 and F12 keys can be used to control the backlighting. 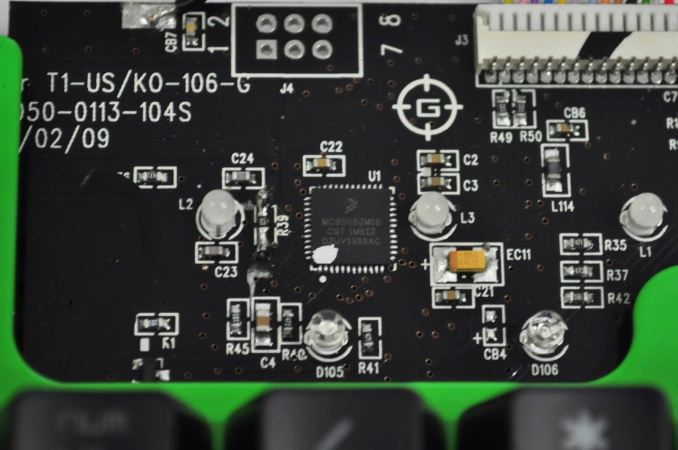 There is little of interest below the cover of the BlackWidow Ultimate. Removing it reveals the green stabilization board that the keys are secured on. The bright green board actually plays a very important role in the overall appearance of the keyboard, creating a uniform visual effect between the backlit keys. The Freescale MC9S08JM16 controller can be seen on the top left side of the board. Razer however needs to improve their soldering job. As can be seen from the pictures in the gallery, there are many uneven soldering points and it appears that the assembly has been rushed. 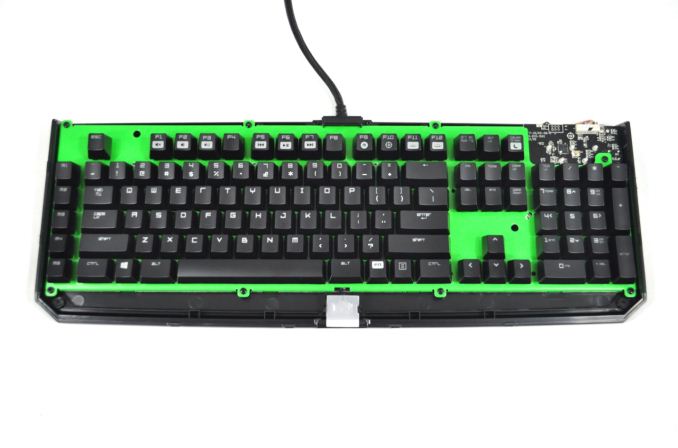 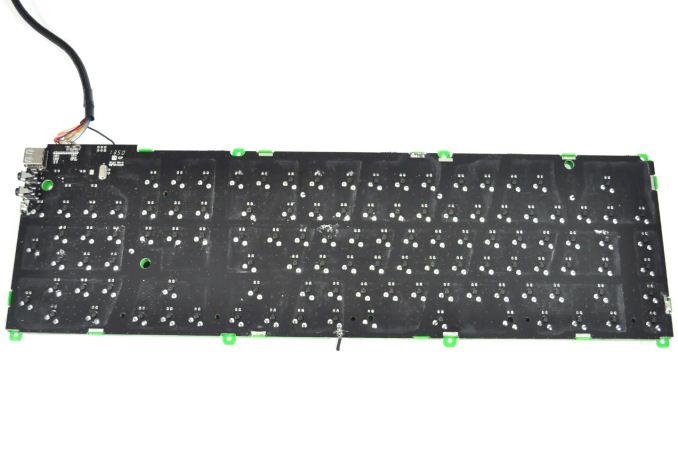 The major (and, apparently, only) difference between the 2013 and the 2014 versions is the use of the new Razer Green/Orange switches instead of the Cherry MX Blue/Brown switches of the old version. As this is the sole differentiator, let's spend some time discussing how they feel and function.