We'll start by measuring the rear facing camera's ability to resolve fine details by shooting at an ISO12233 test target. For now we'll be looking at horizontal and vertical resolution using the sagittal and tangential lines in the upper right of the center of the test chart: 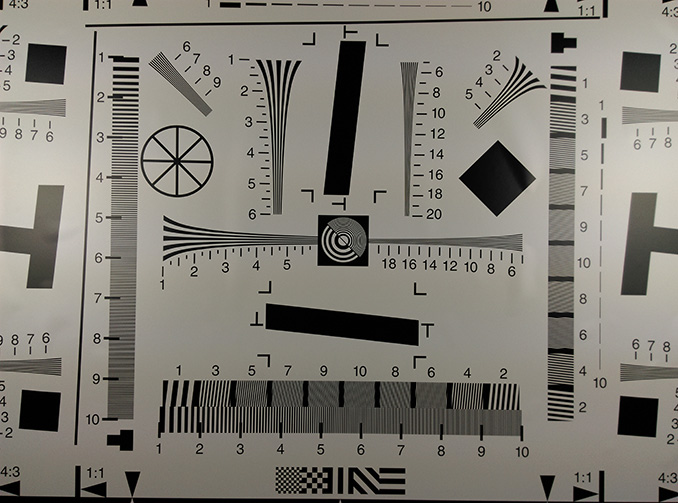 The One mini 2 should show a clear advantage here compared to the One (M7/8) and original One mini as its 13MP sensor should be able to resolve finer details than any of its predecessors or more expensive siblings.

The gallery below has links to the original chart captures for all of the phones compared in this review:

I think the LG G2 is a great comparison as it can be found at a similar price point to the mini 2 and it also has a 13MP camera sensor. The difference in quality is substantial. On the G2 we don't see aliasing until closer to the 18 marker. Even the Moto X's 10MP camera as well as the iPhone 5c's 8MP camera. As much as the One mini 2 is able to resolve finer details compared to the One thanks to its 13MP rear sensor, it's possible to deliver better performance with lower resolution cameras. In other words, not all 13MP cameras are created equal.

You can see full 1:1 resolution crops in the gallery below:

The tangential crops tell a very similar story. The One mini 2 delivers more spatial resolution than the One, but it falls behind last year's flagships.

With the M8, HTC improved color accuracy over the previous generation. As the One mini 2 features a different camera module, sensor and ISP, I wondered how color reproduction changed with the cost reduction. For the next comparison I shot the standard x-rite colorchecker classic card under 6500K light. The obvious next step here is to compare the captured colors to reference colors and calculate delta E values but we're not quite there yet. 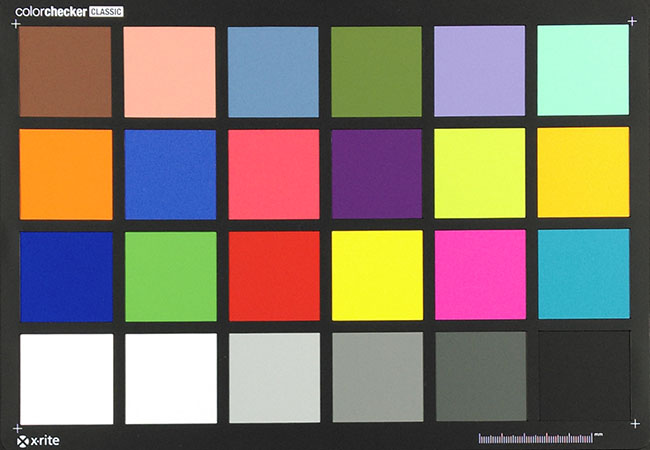 There are definitely differences between the M8 and One mini 2's color handling. Reds are more saturated on the M8 mini, while there's a bit more green on the M8. The light brown swatch is a bit more pink than it should be (see the second square in the top row), and there's more noise than there really should be in some of these squares. Grayscale performance looks decent. Overall color reproduction is decent, but different than the M8.