On paper, the GE60 Apache Pro gets just about everything right: it has a decent CPU and GPU for performance, sufficient RAM for most users, a decent quality display, and multi-colored zoned backlighting for the keyboard. The HDD storage on the review unit is of course going to make certain benchmark results look bad compared to the other laptops we've tested, but really that's only half of the story. What really sets a laptop apart is how it fares in day to day use; unfortunately, the MSI GE60 has some good and bad results in our subjective evaluation. 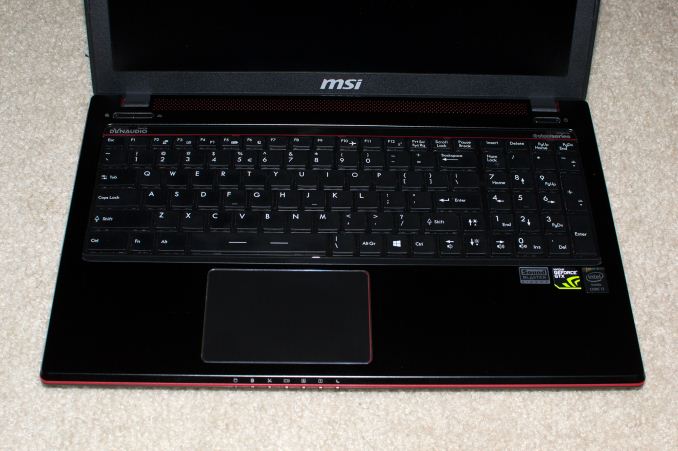 Starting with the good, the keyboard is generally the same as what you'll find on the GT70 that we reviewed recently – and in fact the keyboard looks to be the same across the 15.6" and 17.3" GE, GS, and GT line of MSI notebooks. Some people like having the Windows key on the right, some don't, but it's not a big enough problem that I couldn't adapt to using the keyboard – and that's especially true if you use the laptop on a daily basis instead of bouncing between keyboards. I'd still like dedicated document navigation keys (Home and End in particular), but I've beat that drum enough I think.

The touchpad is generally good as well, though I found the right-click action in the corner to be a bit finicky at times (as in, it didn't always register), and the clickpad in general sometimes missed presses. Again, it works well enough that I could adapt to using it, and I do want to mention that I find the GE60 touchpad is much better than the outdated model in the GT70.

Another good element is the display, with a good combination of resolution, contrast, viewing angles, and color quality. Post-calibration the LCD does very well, but out of the box you'll find the colors are certainly off in many areas (including grayscale). While it would be nice to see better color accuracy out of the box, that's usually a secondary concern so I won't harp on this aspect –the colors are better than the GT70 out of box colors, at least, and you're getting a non-TN panel as a bonus (all in a less expensive package). Speaker quality is okay as well – lacking in bass response, and not enough to fill a large room, but in normal use the speakers are sufficient. 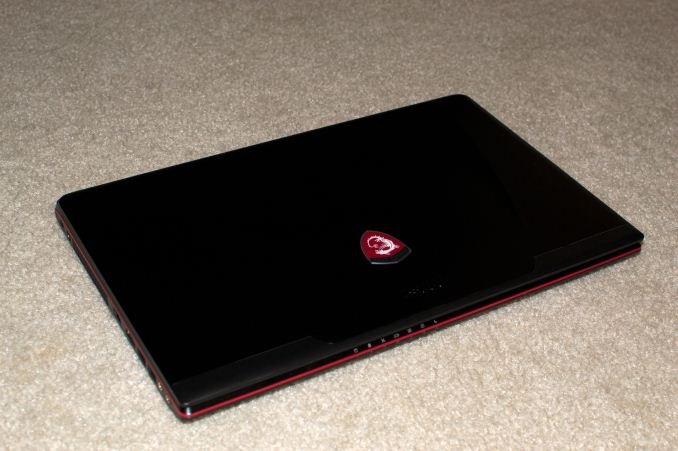 Where things take a turn for the worse is the one item I haven't covered yet: build quality. The general design and aesthetics don't really deviate from past designs so there's not much to say. The main chassis is plastic with brushed aluminum veneers, with red accents in a few places. The MSI "Dragon Army" logo is also on the top cover, with the white dragon lit up LCD backlight. The problem is that while the main chassis feels pretty solid, the top cover is very flexible – perhaps even bordering on flimsy. That doesn't inherently mean the display will get cracked or damaged, but compared to other laptops I do feel there's more of a risk that something will happen to the display over several years of use. And really that's my only real complaint with the build quality: the materials for the cover need to be about twice as thick (so really only about 0.5mm thicker) and MSI would clear of any major issues.

If the top cover was the only concern, the GE60 would still be easy to recommend, but there's one other issue: battery life. I'm used to seeing battery life upwards of seven hours for Haswell laptops with a 56Wh or larger battery, but the GE60 falls far short of that mark. In fact, it's similar to what I usually see with Clevo gaming notebooks: around 4.5 hours for light use, or three hours for our heavy workload. I suspect there are plenty of areas where MSI could tweak the BIOS/firmware to improve battery life, but that hasn't happened in the months since the GE60 was first released, so if you're looking at the GE60 now I'd just plan on getting subpar battery life. Since this is a gaming notebook, you'll probably be carrying the AC adapter with you regardless, and at 5.28 pounds (2.4kg) we're definitely well past the ultraportable category. Even so, I've seen similarly equipped laptops in the past that could manage at least 50% more battery life, so I can't help but be a little disappointed.