The design of the Defiant is minimalistic, with the top of the keyboard being a flat anodized black aluminum plate. The bottom half of the keyboard is plastic, with an orange rubber cable support on the back of the keyboard. The company’s logo is engraved onto the rubber support. It is a standard 104 keys ANSI layout keyboard with a 6.25× Spacebar and seven 1.25× bottom row keys. The keycaps are made from ABS plastic and have large, futuristic characters. 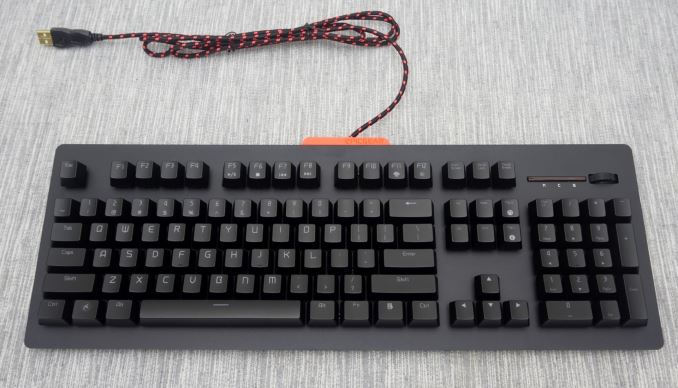 With the exception of the volume control wheel at the top right side of the keyboard, there are no extra macro/media keys on the Defiant. The metallic wheel is very robust and also works as a button that can be used to mute the system. For additional functions, EpicGear replaced the left Windows key with a Fn key featuring the company logo. By holding the Fn key pressed, the F5-F8 keys can be used for media functions, PgUp/PgDn change the key rollover limit between six and n (infinite) keys and F11/F12 keys can be used for special backlighting programming functions. 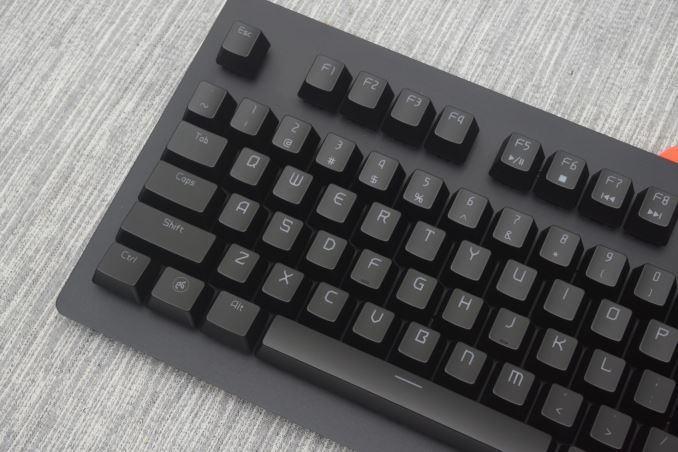 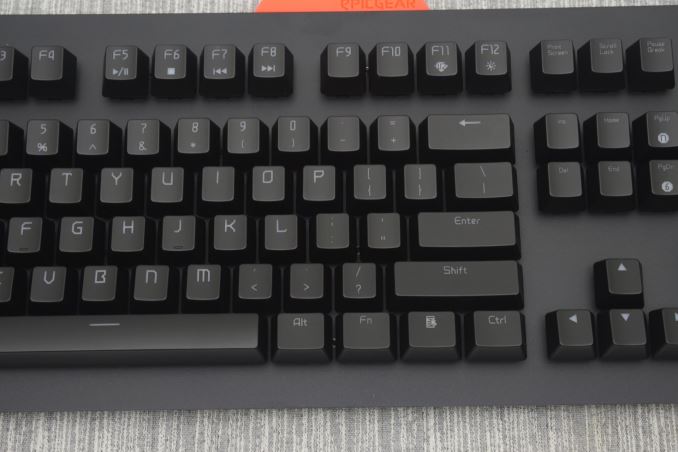 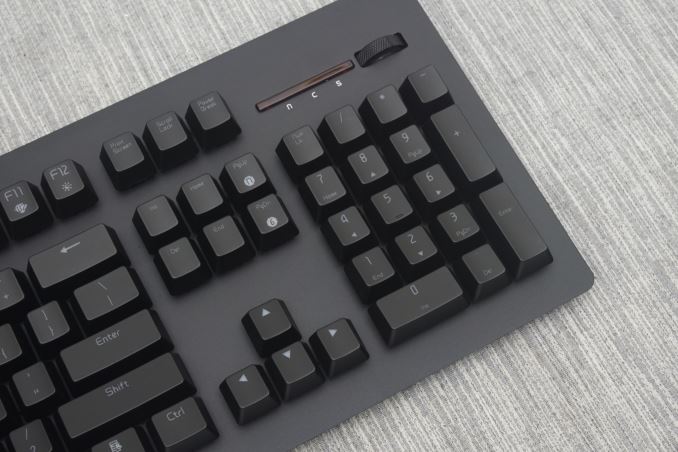 For some strange reason, EpicGear engraved their logo across the entire underside of the keyboard. There are five anti-skid pads, plus two on the height adjustment feet. 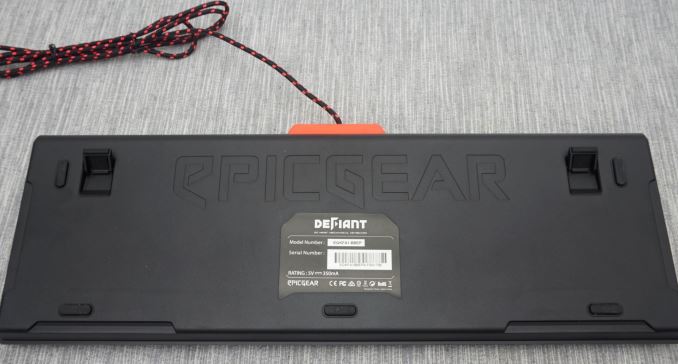 There are no USB pass through ports or other extra buttons on the Defiant by default. EpicGear will be providing modular accessories for the keyboard in the nearby future, but we cannot comment on them as none are ready at the time of this review. Some of these accessories are wrist rests, extra panels with macro/programmable keys and rear bumpers with dedicated media keys and USB ports. How these will be attached on the main keyboard is a mystery. There are openings on every side of the keyboard for the accessories to latch into but there are no connectors, leaving us to assume that every accessory will be having its own cable and the openings are simply for attaching them.

The Defiant features white LED backlighting that is being well applied beneath the keycaps, with minimal light spilling around the keys. All of the keys are backlit, but the Fn and PgUp/PgDn buttons also serve as indicators and are being illuminated only when they are activated.

As we mentioned in the previous sections, EpicGear is using their own proprietary mechanical switches on the Defiant. We received our sample with Purple switches, which are similar to Cherry’s MX Blue switch. The manufacturer of these switches is a mystery, as we could not identify the OEM and GeIL did not want to share this information either. Their plastic body is a direct copy of the Cherry MX switch, but they are most definitely not made by Cherry. The use of bar stabilizers for the larger keys hints that as well, as Cherry is always using their patented cross supports. 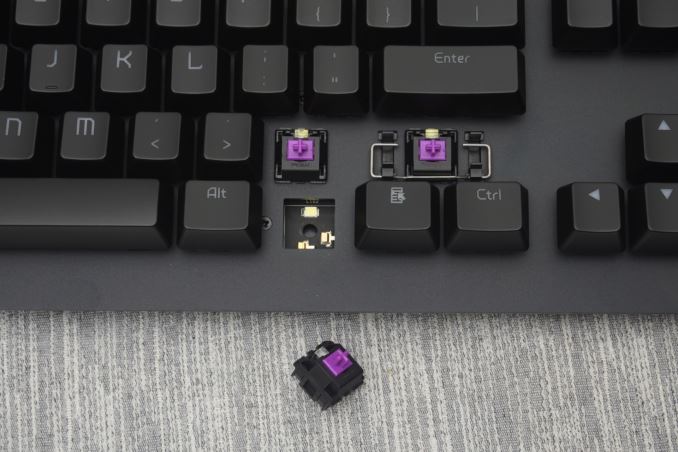 With the top cover removed, and the switches along with it, we can have a look at the PCB of the Defiant. There are two gold plated contacts and one LED beneath every switch. Once a switch is attached, its two pins touch these contacts and the LED illuminated the transparent top part of the switch. Unfortunately, if an LED dies, replacing the switch is not going to help. 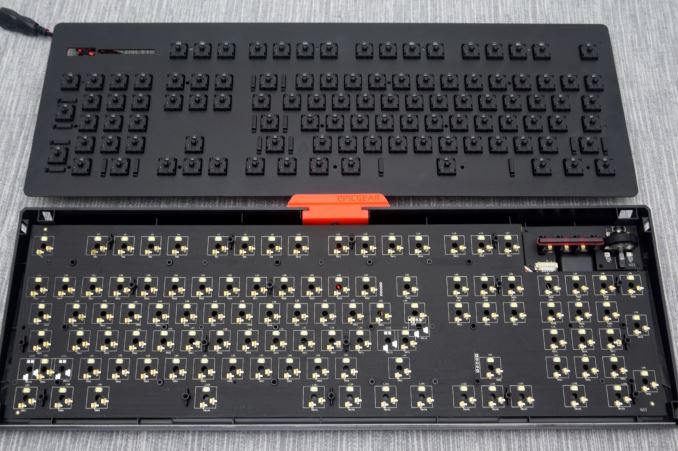 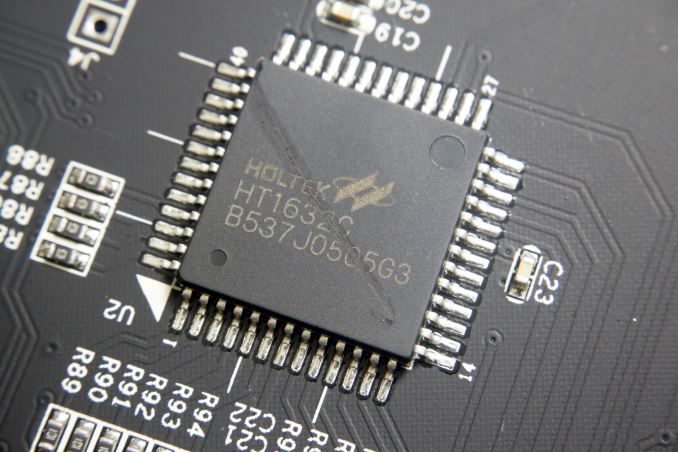 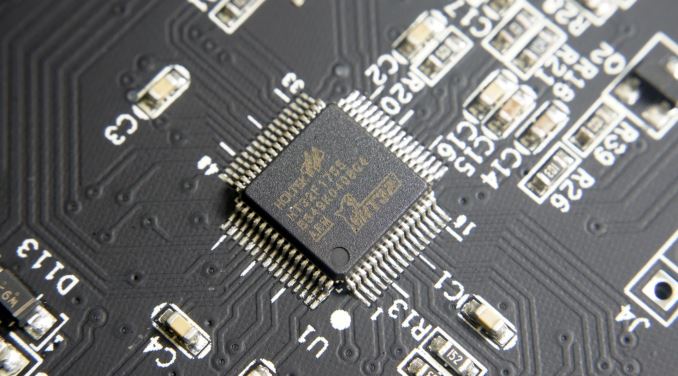