GPU performance is one of the areas where Snapdragon 810 actually tended to do quite well. It's also the case that GPUs generally see larger performance gains year over year than CPUs. We already saw how Adreno 530 performs in the LG G5 review, but the device being compared to was the LG G4, which used Snapdragon 808. The OnePlus 3 represents an opportunity to compare a Snapdragon 810 device to its successor using Snapdragon 820. 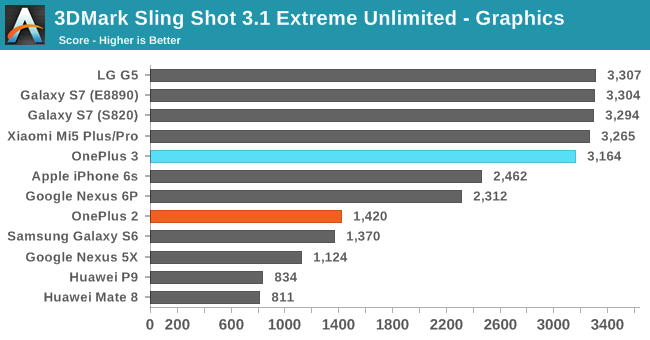 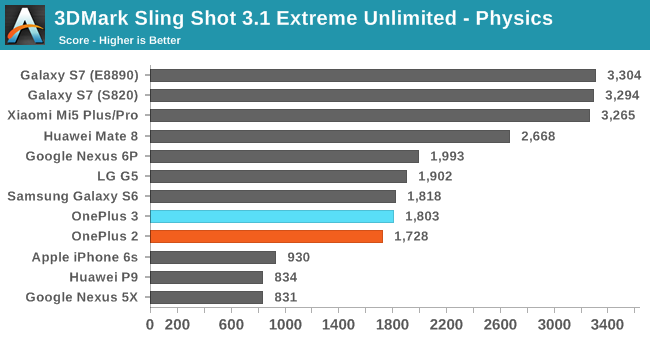 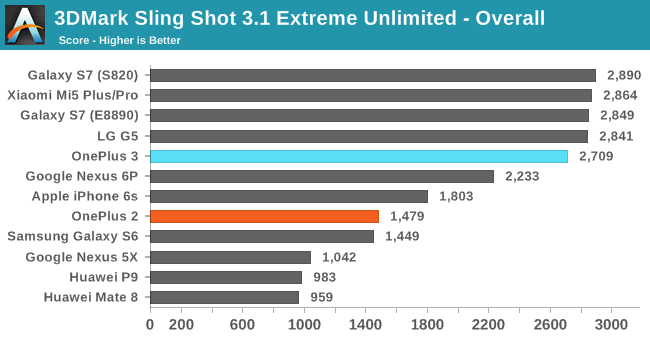 The OnePlus 3 does very well in 3DMark Sling Shot. In both the physics and graphics tests it trails the LG G5 slightly, but the gap isn't anything truly significant. Exynos 8890 is still not something I can compare to until our Galaxy S7 review is posted, but barring that it's clear that Snapdragon 820's Adreno 530 gives the fastest smartphone performance in this test, and when looking at the graphics performance the performance is over two times faster than the OnePlus 2. 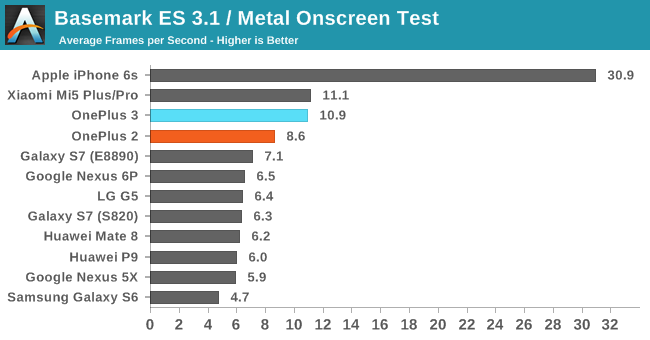 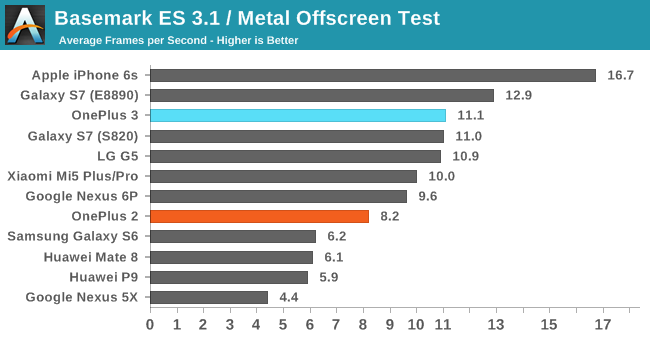 In BaseMark ES 3.1's on screen test the OnePlus 3 manages a significant lead over the LG G5 as a result of its lower resolution. In the off screen 1080p test both phones have essentially the same performance, which is what you'd expect. It looks like Adreno 530 doesn't make the same gains in this test that it does in some others, and it's not clear whether this is just the result of driver optimizations or something about the benchmark that is able to perform batter on other GPU architectures, which could be contributing to the iPhone's lead even in the off screen test. 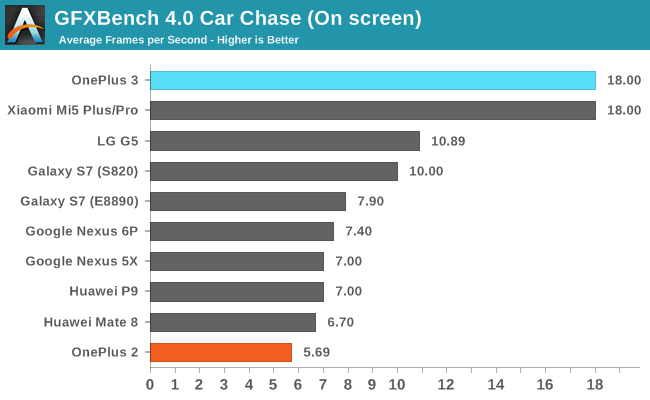 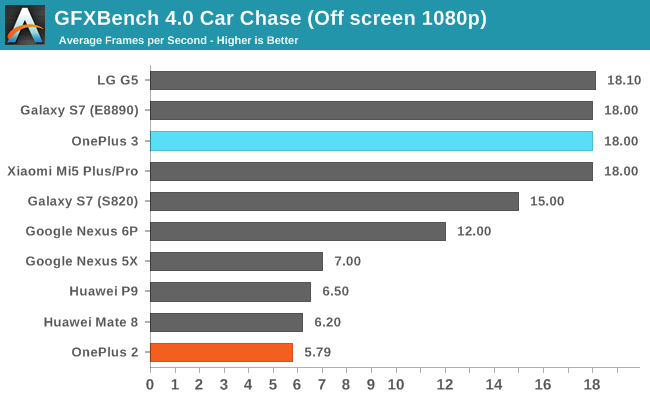 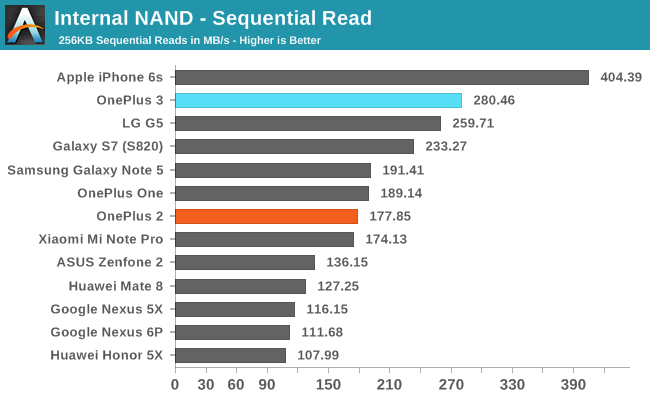 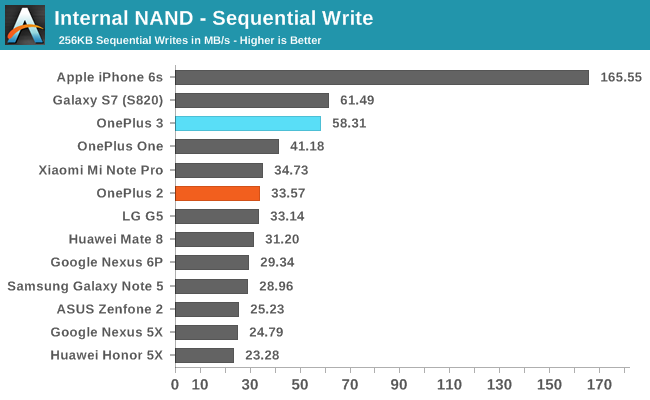 The move to UFS 2.0 brings healthy gains over the OnePlus 2's storage performance, although as I said, the OnePlus 2 didn't perform poorly at all by the standards of eMMC devices. Sequential read and write performance is actually the best that I've measured so far on an Android device. We're still not looking at anything close to what you get for sequential performance on iOS devices, but there are some other factors at play like the fact that the iPhone was a 128GB unit while our Android devices are usually 32GB or 64GB devices. In any case, the OnePlus 3 doesn't present any problems with storage performance, and you certainly won't run into the same issues that you can with budget smartphones at the $200-300 range where the eMMC solutions can be exceptionally slow.