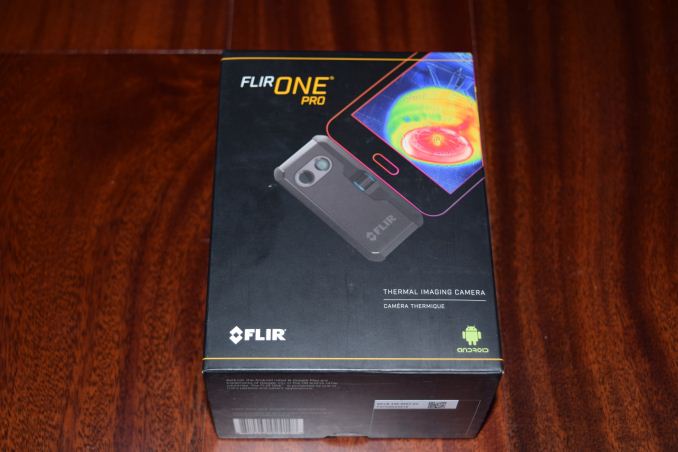 ​We had written about the launch of the third-generation FLIR ONE along with the FLIR ONE Pro (and other professional thermal imagers) as part of our 2017 CES coverage. Today, FLIR is officially putting up the 3rd Gen. FLIR ONE and the FLIR ONE Pro for sale. Both are devices that plug into a mobile device (Android or iOS), turning them into versatile thermal cameras. While the FLIR ONE caters to DIY folks and home owners, the FLIR ONE Pro serves the market segment that requires advanced features (including contractors, home inspectors, plumbers etc.) As part of the press, we were provided a preview sample of the Android version of the FLIR ONE Pro.

The costs associated with thermal imaging systems have restricted their usage and kept it out of reach of the average consumer / impulse-buy territory. However, advancements in this field over the last few years have made the prices of such system more palatable to non-professional users. These have also contributed to the integration of thermal imaging features in extremely compact systems (including integration into smartphones such as the CAT S60). Thanks to the advent of smart mobile devices, the costs associated with the storage, control and user-interface for these systems could be taken out for most markets.

FLIR made one of the first forays into this space with the first-generation iOS-only FLIR ONE. Seek Thermal entered the fray to cater to Android users, before FLIR themselves released an Android version of the FLIR ONE. Since then, we have had both FLIR and Seek Thermal announce a host of new products with higher resolution sensors. Before going into the technical details of the latest set of products, some readers might appreciate a recap of the basics of thermal imaging that we covered in our review of the Seek Thermal camera.

All materials emit infrared energy and the intensity is a function of its temperature. In simple terms, the higher the temperature, the greater the intensity. Thermal imaging systems utilize a sensor to convert the emitted infrared energy into electrical impulses for further processing. In general, these sensors are called bolometers - they are made of materials whose electrical resistance is dependent on the temperature. The heating is triggered by the power of the incident electromagnetic radiation. Note that bolometers can be used for any type of electromagnetic radiation, though they are typically best suited for infrared and microwave frequencies. A microbolometer is a particular type of bolometer suitable for infrared wavelengths, making them suitable for use in thermal imaging systems. The microbolometer used in the FLIR ONE Pro is the FLIR Lepton 3, and it responds to long-wave infrared radiation (wavelenghts between 8 and 14 microns).

A microbolometer consists of an array of pixels. The Lepton 3 (PDF) has a 160 x 120 array (for around 19.2K thermal pixels). Each pixel has multiple layers, as shown in the cross-sectional diagram below.

Depending on the manufacturer, the manufacturing procedure and absorbing materials can differ. Amorphous silicon and vanadium oxide (VO) are the two commonly used infrared radiation detecting materials. Despite being lower in performance and longevity compared to amorphous Si, VO is preferred as it has been around for quite some time (more mature) compared to a-Si. The Lepton 3 sensor also uses VO as the IR radiation detecting material. The pixel array in the microbolometer is usually encapsulated in a vacuum to increase the life of the device. The construction of the microbolometer also determines the supported temperature range. The FLIR ONE Pro / Lepton 3 combination can detect temperatures between -20 C and +400 C.

As one of the graphs in the a-Si link above shows, we have also seen a decrease in the dimensions of the individual pixels. While older devices had a pixel pitch of 45 um, newer devices such as the Lepton 3 have a pixel pitch of just 12 um. With decreasing pixel size, the number of pixels per unit area increases to provide higher resolution images.

​The FLIR ONE Pro

The FLIR ONE Pro comes with a compact carrying case that can also hold the USB-C charging cable. The unit can operate up to 1 hour on a single charge (though that duration drops down drastically if one takes videos). Charging the unit from 0 to 100% takes around three-quarters of a hour. The design is rugged. FLIR claims that the unit has been drop-tested up to 1.8m.

The rectangular unit has dimensions of 68mm x 34mm x 14mm, and weights approximately 37 grams. In addition to the 160x120 Lepton 3 sensor inside the unit, the FLIR ONE Pro also includes a 1440x1080 visible image sensor. The field of view is 55 degrees (horizontal) and 43 degrees (vertical). As with all consumer thermal imaging cameras, the video frame rate is capped at 9 Hz. 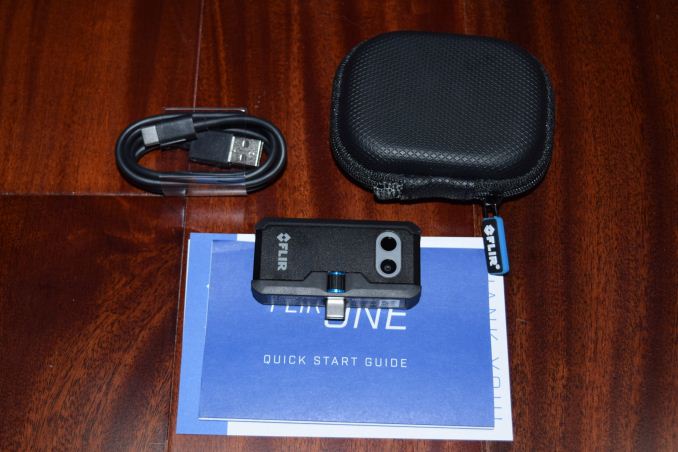 The OneFit connector is controlled by the wheel just below the USB-C male connector. Adjusting it (clockwise / anti-clockwise rotation) allows the USB-C connector to extend out by up to 4mm. This allows protective phone cases to be used while operating the FLIR ONE Pro. The USB-C connection obviously solves the orientation issue that plagued the previous generation FLIR ONE for Android when used with certain mobile phones.

The Android apps (FLIR One and FLIR Tools) control / bring out many of the operational features (such as MSX, spot temperature meters, post processing of generated radiometric JPEGs etc.). The next section covers the two Android apps in detail.