Various synthetic benchmarks are available to quickly evaluate the performance of direct-attached storage devices. Real-world performance testing often has to be a customized test. We present both varieties in this review, starting with the synthetic benchmarks in this section. Prior to covering those, we have a quick look at our testbed setup and testing methodology.

Evaluation of DAS units on Windows is done with the testbed outlined in the table below. For devices with a USB 3.1 Gen 2 (via a Type-C interface) connections (such as the WD My Passport SSD 1TB that we are considering today), we utilize the USB 3.1 Type-C port enabled by the Intel Alpine Ridge controller. It connects to the Z170 PCH via a PCIe 3.0 x4 link..

Western Digital claims speeds of up to 515 MBps. With the ATTO Disk Benchmark, we were able to get close to 470 MBps read speeds. Unfortunately, these access traces are not very common in real-life scenarios. 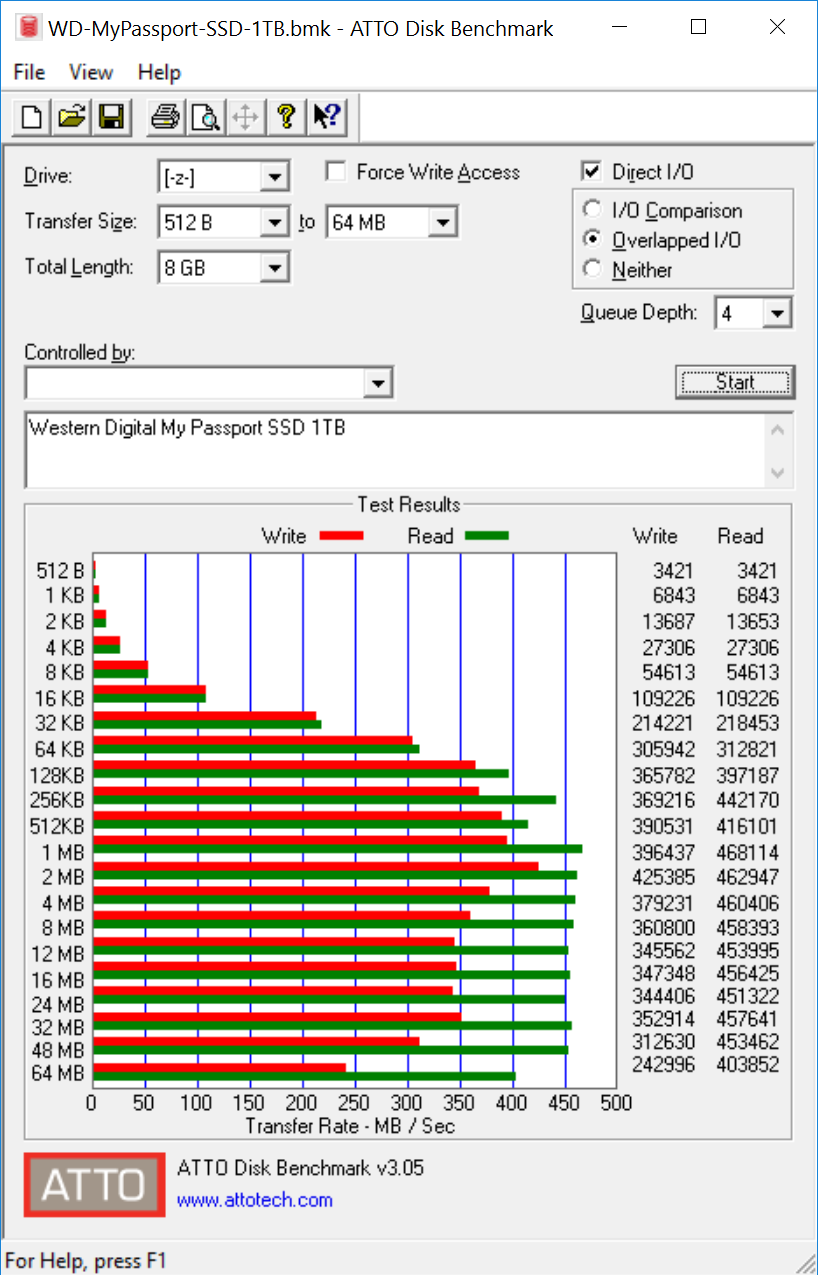 CrystalDiskMark, despite being a canned benchmark, provides a better estimate of the performance range with a selected set of numbers. As evident from the screenshot below, the performance can dip to as low as 24 MBps for 4K random accesses (but, such accesses are seldom encountered in the typical usage scenario of external storage devices). 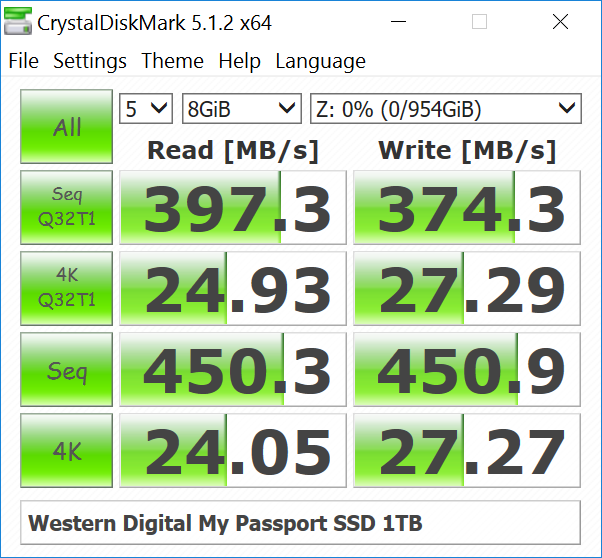 Compared to the other external SSDs whose 4K numbers at high queue depths are a significant multiple of the 4K @ QD1, we find that the My Passport SSD's numbers are approximately the same. This usually points to UASP not being enabled in the firmware of the bridge chip.