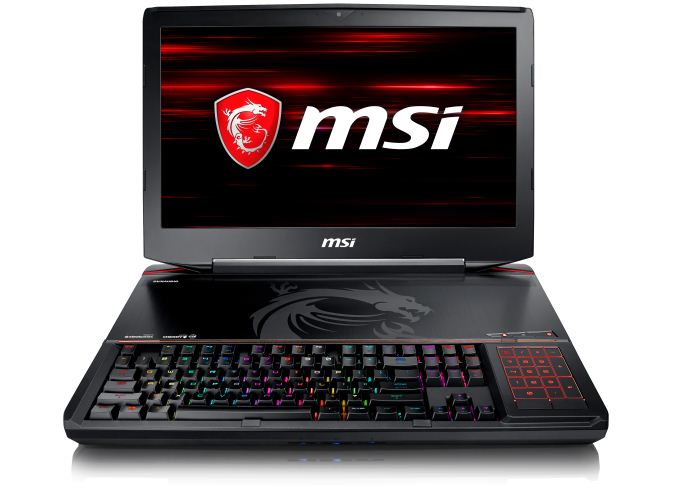 Among the many laptops getting a refresh this month alongside Intel's new 8th gen Core processors are the 15.6-inch GT63 and the 18.4-inch GT83 desktop replacement laptops, both of which are receiving hex-core CPUs along with faster Samsung SSDs and DRAM. Designed to offer ultimate performance at any cost, these laptops are MSI's no-compromises devices, meaning the best CPUs, the best GPUs, and the best storage that can be reasonably fit into a luggable computer.

Before we proceed to the details regarding the upgrade, it is necessary to note that while the MSI GT83 Titan is up updated version of the MSI GT83VR Titan released last year, the situation is a bit different with its younger brother, the MSI GT63 Titan. The latter builds upon the MSI GT62VR Dominator Pro laptop that was positioned a bit below MSI's Titans. With the new generation, MSI decided to simplify its branding, and instead of releasing another Dominator Pro, it moved the GT63 to its higher-end Titan category. In addition to repositioning, the GT63 Titan have got a new keyboard featuring per-key RGB lighting, jut like its higher-end GT83 Titan and GT75 Titan brethren, so from the styling perspective MSI’s Titans have a number of similarities. 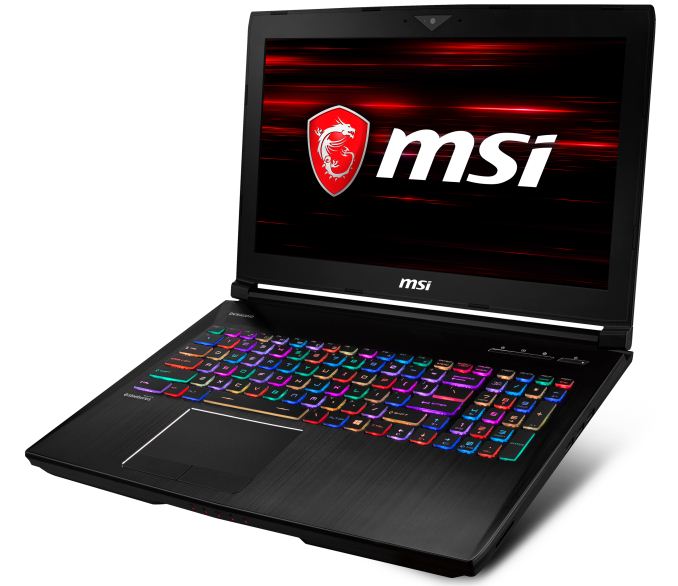 Intel’s Coffee Lake-H processors officially support DDR4 memory at 2666 MT/s, therefore the GT83 Titan and the GT63 Titan notebooks come with up to 64 GB of DDR4-2666 memory. MSI says that all of its GT-series DTR machines are equipped with Samsung memory, so we can expect it to be made using one of the latest process technologies and offer a certain level of overclocking headroom.

Moving on to storage sub-system upgrades of the MSI GT Titan laptops. From now on, all the GT Titan-series PCs will use Samsung’s “latest” SSDs with a PCIe interface. Considering the fact that computer makers equip their systems with OEM drives, it is safe to assume that the higher-end versions of the GT63/GT83 laptops use Samsung’s PM981-series SSDs. The higher-end MSI GT83 Titan features three M.2 slots (two supporting PCIe and SATA, one supporting only SATA), so it will be able to run two fast SSDs in RAID 0 mode and thus offering very high read and write speeds. Meanwhile, all MSI GT Titans have a 2.5-inch bay for DFF storage devices for high-capacity drives. 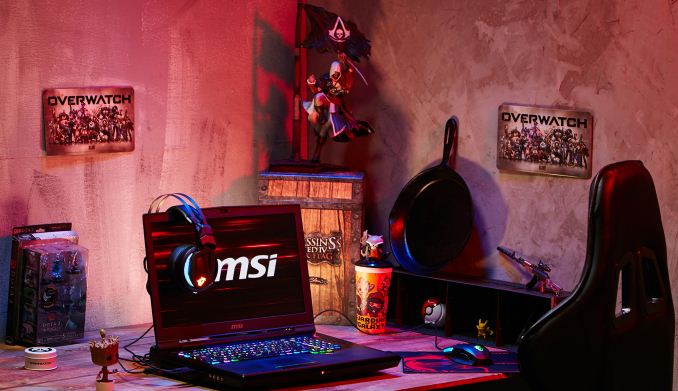 Leading retailers already sell MSI’s GT63 Titan and GT83 Titan DTR laptops. The entry-level Titan is available starting at $2,133, whereas the highest-end MSI gaming notebook is sold for $5,699 in a beefy configuration.