The 650W version of the BitFenix Formula Gold PSU is built inside an ATX-compliant chassis that is just 140 mm deep. Although none of the cables are modular, the designer tried to make the unit aesthetically unit via simple interventions. The fan cutout is rectangular instead of circular, with a finger guard to match. A round metallic badge with the company logo lays enclosed into the bars of the fan's guard, right above the engine. A satin black paint covers the chassis that is very well applied but also exceptionally prone to fingermarks. Decorative side stickers cover both the left and right side of the PSU. A large sticker with the electrical specifications and certifications of the PSU can be seen at the top side of the chassis. 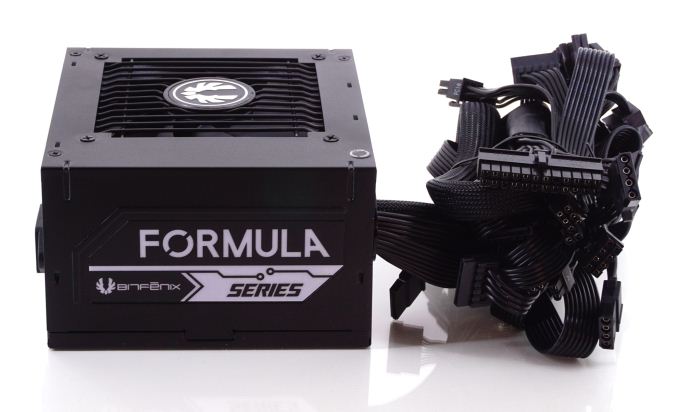 The front and rear sides of the unit are textbook. A simple AC cable receptacle and an on/off switch can be seen at the perforated rear side of the PSU, with a large dead area below them that would normally be home to a company logo badge, but BitFenix decided to minimize visual interferences (and lower the manufacturing cost a bit). The front is entirely plain, with only a single opening where all of the cables are coming out from. 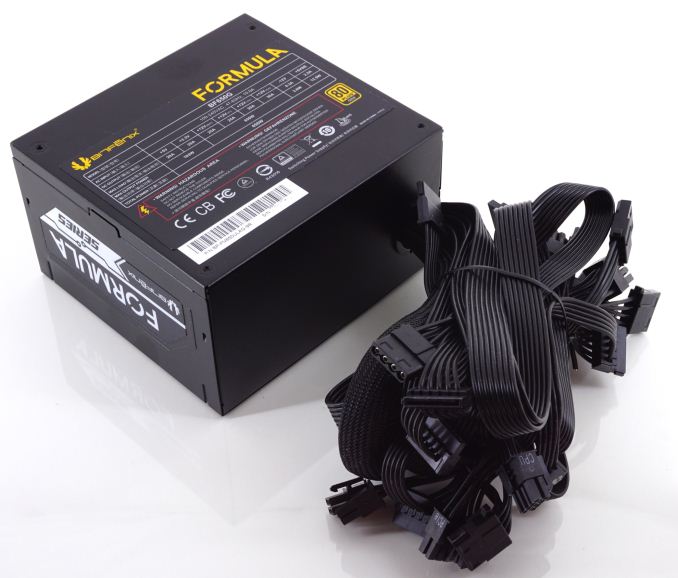 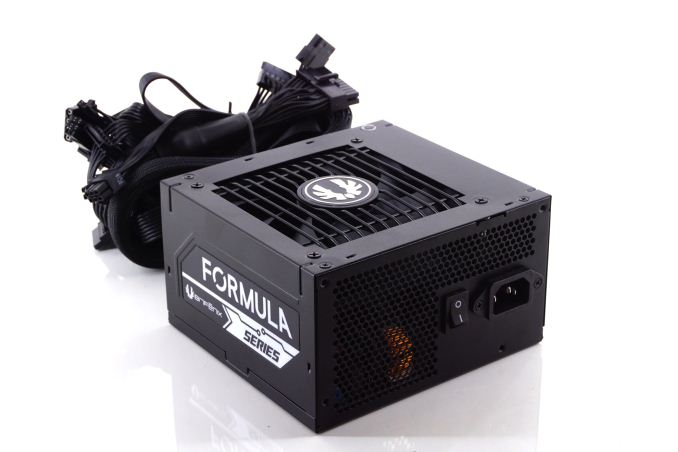 All of the unit's cables come out from a single port. The wires and connectors are all black, with flat, ribbon-like wires without any external covering for almost every cable. The only exception is the thick 24-pin ATX cable, which is made of simple wires that are enclosed into black nylon sleeving. A significant part of the 24-pin ATX cable is covered in heat shrink and appears to be curiously thick. That is because the heat shrink is hiding extra filtering capacitors for improved power quality, an approach that definitely helps but also makes the ATX cable very rigid and a nightmare during cable management. 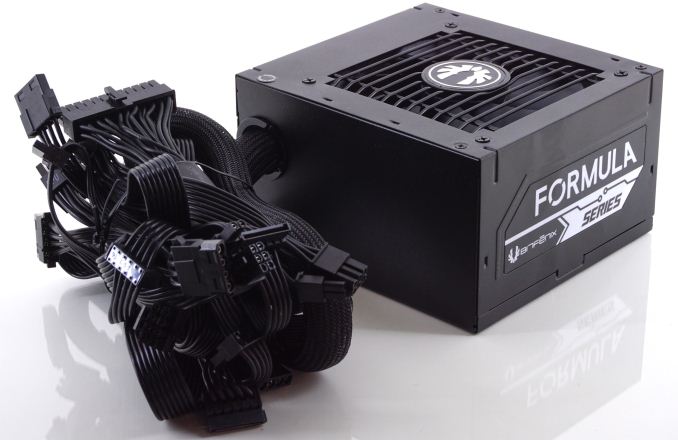 Due to the standard 140 mm long chassis, the largest fan that can fit in the Formula Gold is an 120 mm one. The fan is supplied by MARTECH, a relatively reputable but not very popular Chinese manufacturer. Its part number is DF1202512SEMN and has a rifled sleeve bearing engine. Its maximum speed is about 2000 RPM, which is relatively high for a 120 mm fan and would make the PSU very loud if it were to work near its top speed. 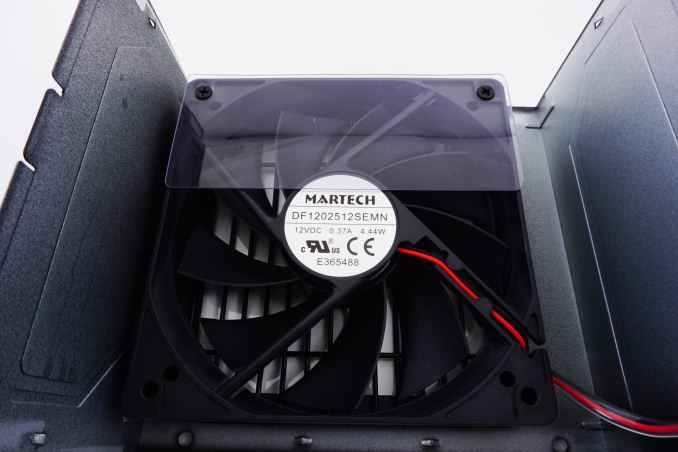 A simple glance inside the Formula Gold reveals a familiar design. I am quite confident that the OEM behind the Formula Gold is Channel Well Technology (CWT), the same company behind the previous BitFenix Whisper M units. The platform of the Formula Gold is wholly different than that of the Whisper M, appearing to be yet another upgrade of the GPN platform that CWT first released many years ago, with many versions in between then and today. 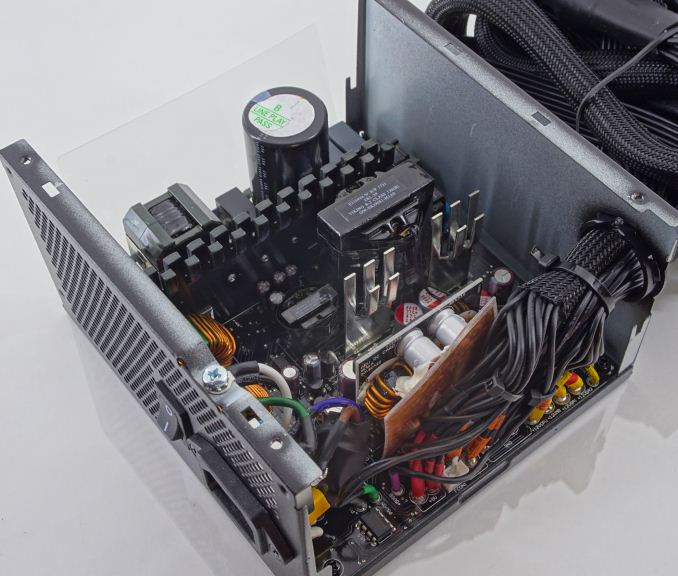 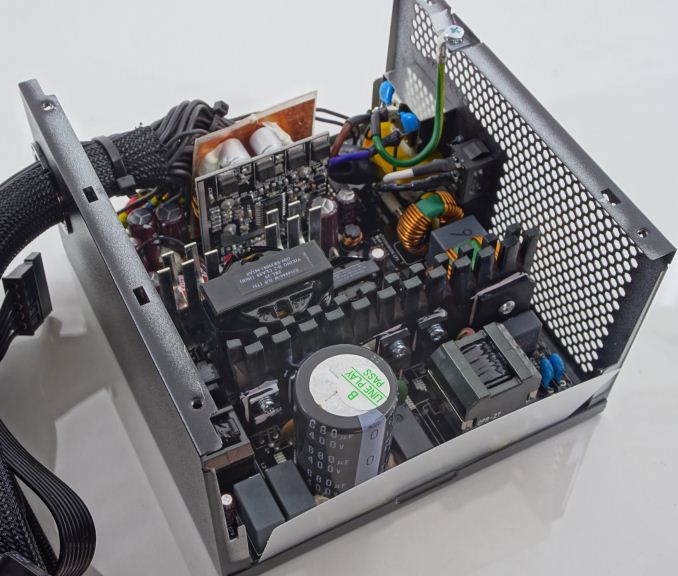 The filtering stage of the Formula Gold begins at the rear of the AC receptacle, where we see two Y capacitors and one X capacitor. Two more Y capacitors and one more X capacitor, as well as two filtering inductors and a surge-suppressing MOV can be seen on the main PCB, summing up to a textbook filtering stage. The large heatsink across the right side of the unit holds the single bridge rectifier, the active components of the APFC stage, and the two MOSFETs of the primary inversion circuit. The APFC stage capacitor is supplied by RubyCon and is rated at 400V/680μF. 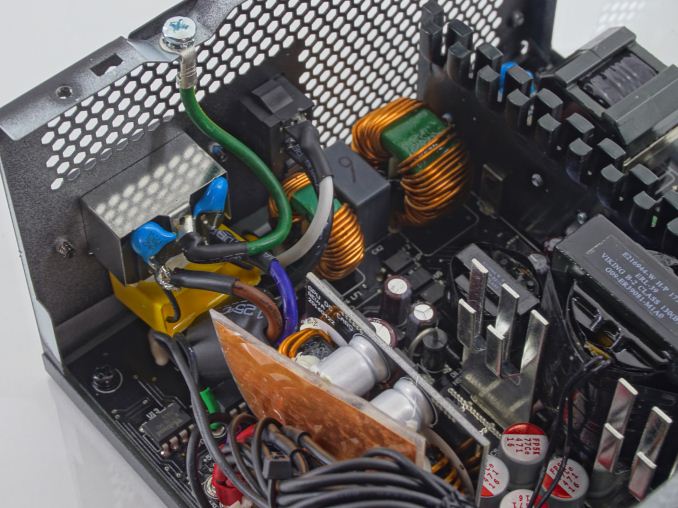 The primary inversion circuit is relatively simple, with two MOSFETs forming a half-bridge topology that is supported by an LLC resonant converter. The MOSFETs of the secondary side are on the underside of the PCB, with thin and tall heatsinks attached directly on the main PCB to provide cooling for them. The secondary conversion circuit generates only the 12V line, the 3.3V/5V lines are being derived via tertiary DC-to-DC converters. The secondary side electrolytic capacitors are all supplied by Nippon Chemi-Con, while the polymer capacitors inside the PSU are supplied by Nichicon. The capacitors in the ATX cable are supplied by Nippon Chemi-Con. All of the capacitors of the Formula Gold are supplied by Japanese manufacturers, just like BitFenix says they are. 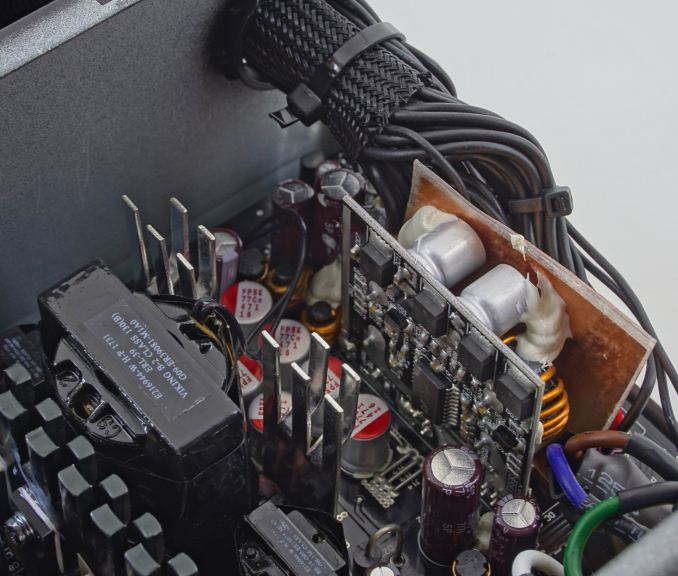