Intel has stated that the next generation of HEDT processors is coming later this year. We fully expect these processors to be motherboard compatible with current Skylake-X processors on the X299 platform, and when they are released we expect a second wave of X299 motherboards to hit the market. It seems that EVGA has one of its new X299 models on display, although it was not said if this was specifically for the new set of processors. 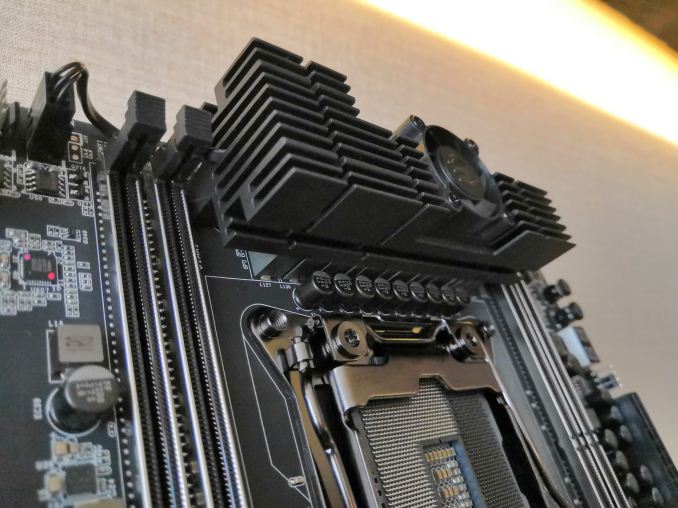 EVGA said that they took feedback from the X299 Micro (which we reviewed) and improved on the concept as a result. This includes more power phases, from 14 to 10, and better VRM cooling, including adding a small fan to the VRM. Also updated is the Wi-Fi connector on the rear panel. 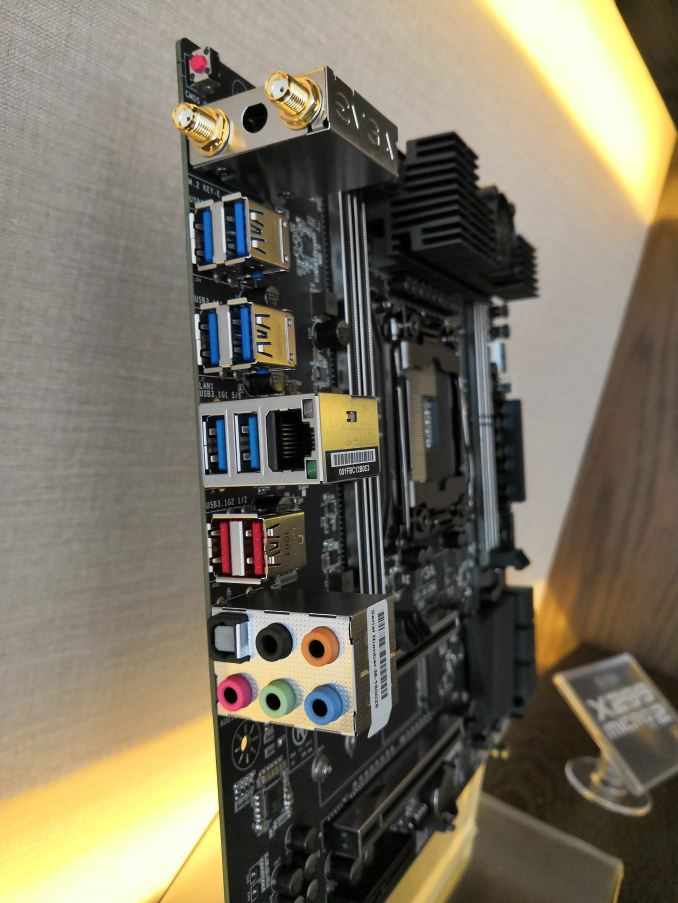 Other aesthetic differences were hard to detect, however Joe is very intimate with EVGA’s X299 motherboards so we might reach out to review this one soon. EVGA said that this board is set for a launch later in Q3, at a similar price to the X299 Micro.