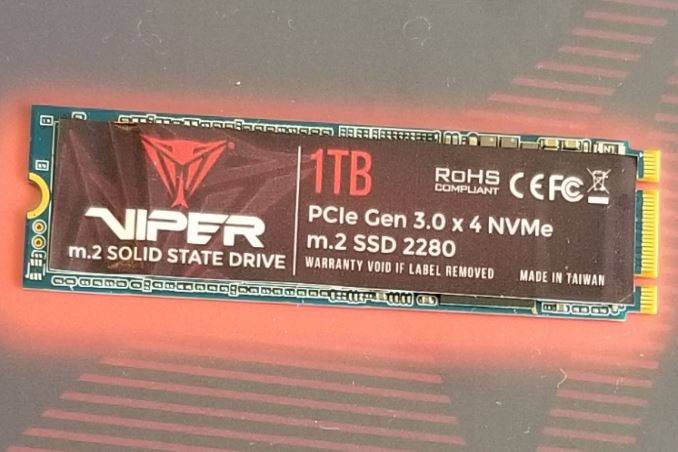 At Computex 2018, Patriot has shared that it's preparing to ship two new SSDs, the Viper M.2 SSD, and an S12 SATA SSD, to round out its 2018 product line. The Viper M.2 SSD packs up to 1TB of NVMe high-speed storage on a slim 2280 form factor with up to 3,200 MB/s read and 3,000 MB/s write speeds using sequential data. The random performance will peak at 600,000 IOPS, enough to satisfy any gamer, the line's target audience. 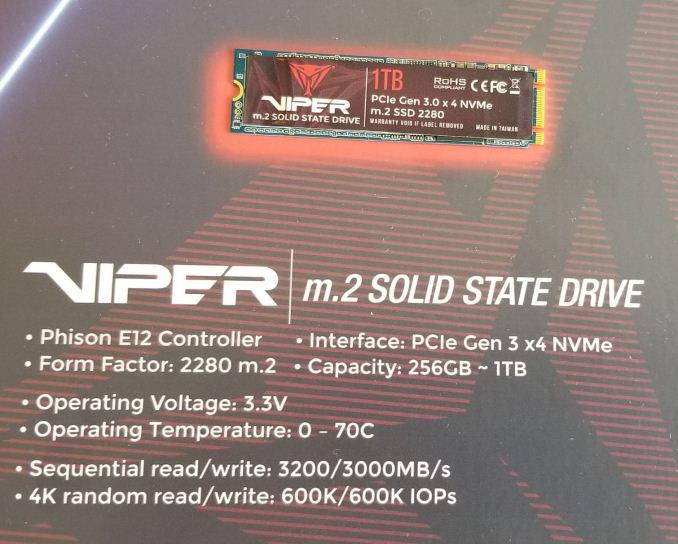 What Patriot adds to the story is just how close the Viper M.2 is to market. The company plans to ship the drive in 256GB, 512GB, and 1TB sizes in the next 30 days and hopes to sweep others with similar products as well as those based on Silicon Motion's SM2262EN coming later in the year. We didn't hear anything about retail pricing from the company, but don't expect this SSD to break the bank.

The successor to Phison's successful and diverse S10 SATA controller, which played dual roles as a high-performance beast with MLC flash and low-cost general use SSD with TLC, is closer to reality. The Phison S12 will play a similar role with support for both 3D TLC and QLC making it a potent weapon in any SSD manufacturer's arsenal. 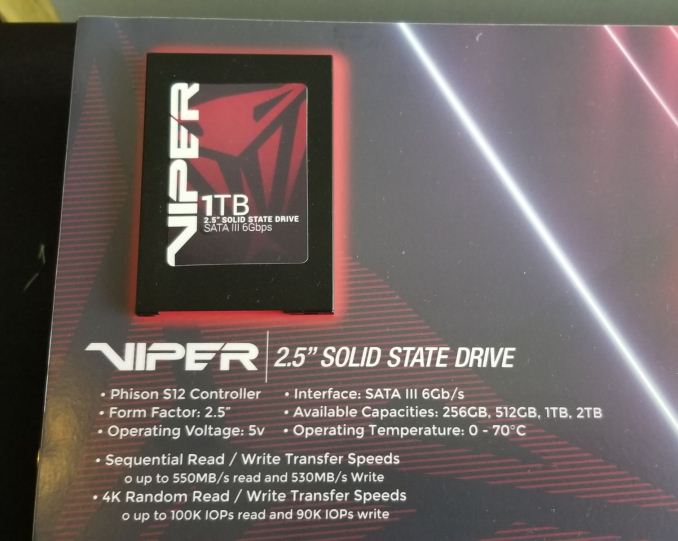 Patriot displayed the first retail S12 SATA SSD at Computex 2018 but says this model will only come after the Viper M.2 ships. With performance limited by the SATA bus at roughly 550 MB/s, the drive feels best suited for legacy system upgrades not compatible with NVMe and lower cost mainstream builds pieced together with a focus on maximizing the best bang for the buck.

Chris Ramsayer Contributed to this Report.