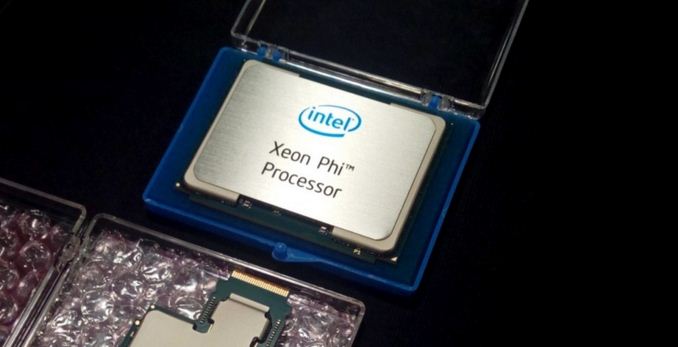 Intel has initiated its product discontinuance plan for its Xeon Phi 7200-series processors codenamed Knights Landing (KNL). The said CPUs are used primarily for HPC applications, including supercomputers. As it appears, demand for these chips is not exactly great, which is why Intel does not see any reasons to keep producing them. At the same time, the company will keep offering its codenamed Knights Mill (KNM) solutions for Deep Learning.

As usual, Intel explained that “market demand for the products has shifted to other Intel products,” indicating that its Xeon Phi 7200-series processors in LGA3647-1 form-factor might not exactly popular among target customers in the technical computing space. The said processors feature from 64 to 72 HPC-enhanced Atom Silvermont cores that process up to four threads of code simultaneously and are outfitted with 16 GB of high-bandwidth MCDRAM memory. As for throughput, socketed Xeon Phi KNL processors offer 3-3.4 TFLOPS of double precision floating point (FP64) performance.

Intel announced the EOL plan for HPC-oriented many-core Xeon Phi 7200-series “Knights Landing” CPUs about 11 months after it decided not to release its Xeon Phi 7200-series coprocessor cards. The latter only offered performance of up to 3 TFLOPS FP64 and featured considerably more limited I/O options than their socketed counterparts: they only had 16 PCIe 3.0 lanes (vs. 36 lanes on CPUs) and they did not support Intel’s OmniPath fabric (unlike the Xeon Phi 7200F-series CPUs) that is particularly useful for supercomputer deployments. Meanwhile, since socketed Knights Landing CPUs do not support multi-processor configurations, the coprocessors cards could be used for density, which is crucially important for HPC applications. As it appears, Intel first decided to EOL KNL cards and eliminate their density advantage, but now it decided to discontinue even the processors, possibly because of low interest from potential customers.

The discontinuance of Intel’s Xeon Phi 7200-series Knights Landing CPUs does not mean the end of the road for the product family in general. Intel will continue to offer its Xeon Phi 7235/7285/7295 “Knights Mill” CPUs optimized for Deep Learning applications, but featuring a lot of similarities with the Knights Landing. Nonetheless, with the cancellation of Knights Hill and obvious problems with Intel’s 10 nm process technology, it looks like the company will not have a competitive Xeon Phi product for the HPC market for quite some time. 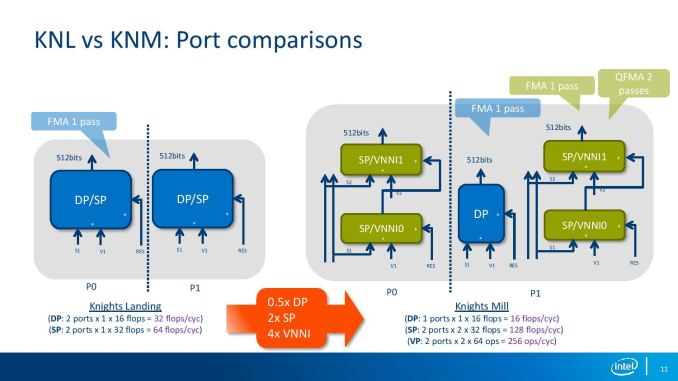