The ASUS ROG Crosshair VIII Hero: With or Without Wi-Fi 6, Both With 2.5G LAN

With the introduction of the new X570 chipset designed for use with the AMD Ryzen 3000 series, ASUS has lifted the lid on its launch day range. The ASUS ROG Crosshair VIII Hero Wi-Fi and non-Wi-Fi model both include the Realtek RTL8125AG 2.5 GbE networking chip, with an Intel AX200 Wi-Fi 6 802.11ax adapter being the only difference between the two models.

Both the ROG Crosshair VIII Hero Wi-Fi and ROG Crosshair VIII Hero are both targeted at gamers with a strong balance between enthusiast, and gaming features. First of all, both models are identical with the exception of the Intel AX200 Wi-Fi 6 wireless adapter. The design follows the traditional ROG style with a similar ROG armor covering that the Crosshair VIII Formula does, but not as extensive. The chipset heatsink includes a fan to keep the X570 chipset running cool, and also includes plenty of customizable RGB with the Hero logo, and ROG logo. 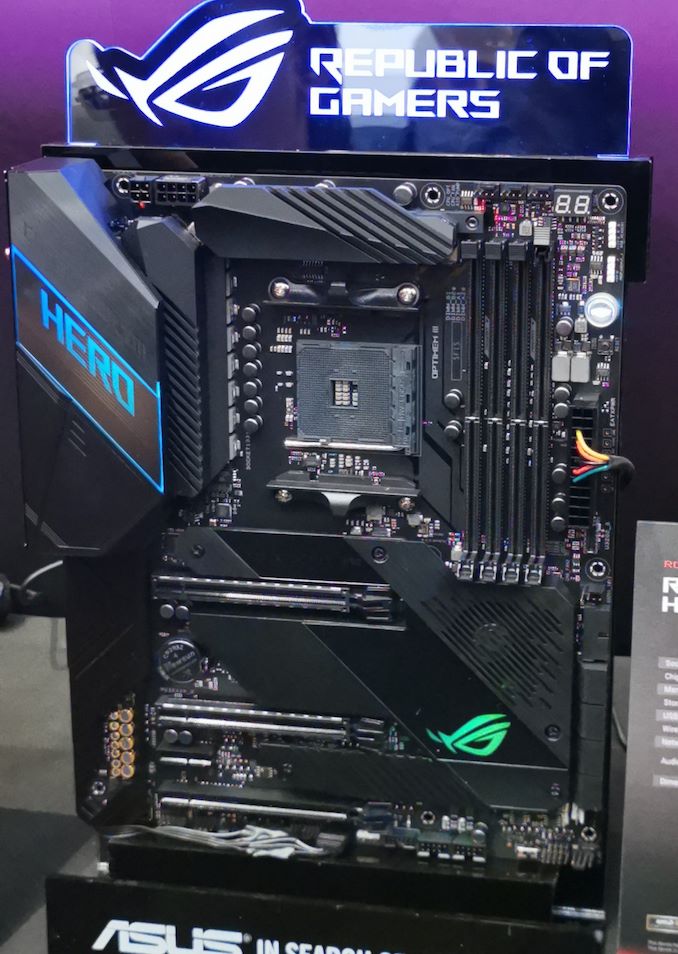 The newest inclusion for ASUS is the use of the Realtek RTL8125AG Dragon 2.5 GbE gaming LAN.  Onboard audio is taken care of by a Realtek SupremeFX S1220 HD audio codec and as a result, adds five 3.5 mm audio jacks, and a single S/PDIF optical output on the rear panel. On both models is three full-length PCIe 4.0 slots with x16, x8/x8, and x8/x8/x4; this allows for both two-way NVIDIA SLI and AMD Crossfire multi-graphics card setups to be used. A single PCIe 4.0 x1 slot is present and storage capabilities are provided by two PCIe 4.0 M.2, and eight SATA ports. 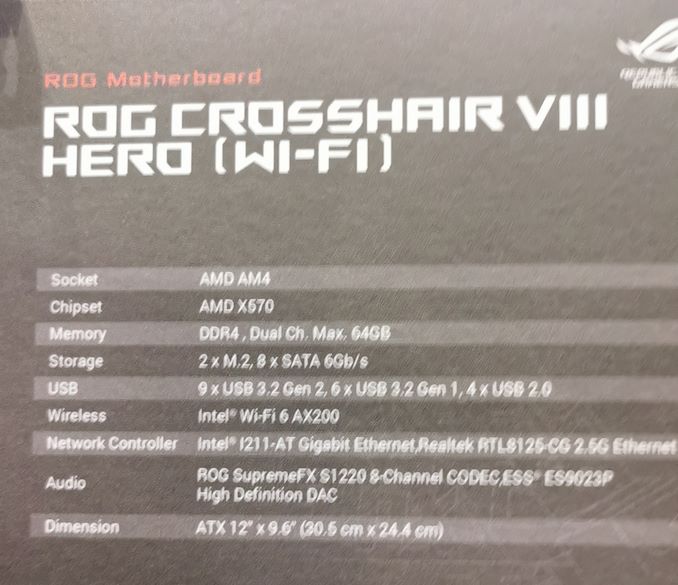 At present, there is no information on the pricing or availability of the ASUS ROG Crosshair VIII Hero Wi-Fi and non-Wi-Fi model. It is expected that most X570 models from ASUS will be available prior to the launch of AMD's Ryzen 3000 processors on 7/7.