Small to medium business owners generally want a something in a compact design, to lug it around to a business meeting to take essential notes, but ultimately can be managed from a central administration system across hundreds or thousands of employees. Catering for this market is Lenovo, and it has announced a pair of new models designed for its SMB customers. The Lenovo ThinkPad E14 and E15 series of notebooks have been improved in design and are now available with up to an including an AMD Ryzen 7 4700U APU. Also announced are AMD's ThinkPad T14, T14s, L14, L15, and smaller X13 models all featuring the latest AMD Ryzen 4000 PRO series processors with extra security features designed for professional and business users.

Adding to its portfolio, including its Intel 10th gen mobile refresh ThinkPad E14 and E15 series, SMB users looking now have an AMD Ryzen based option. Similar in design to the previous E14 and E15 series, the new Lenovo ThinkPad E series will be available with Ryzen 4000 Mobile. Lenovo has stated that it has an improved screen to body ratio of 85%, although it doesn't provide the metric which this is measured against. 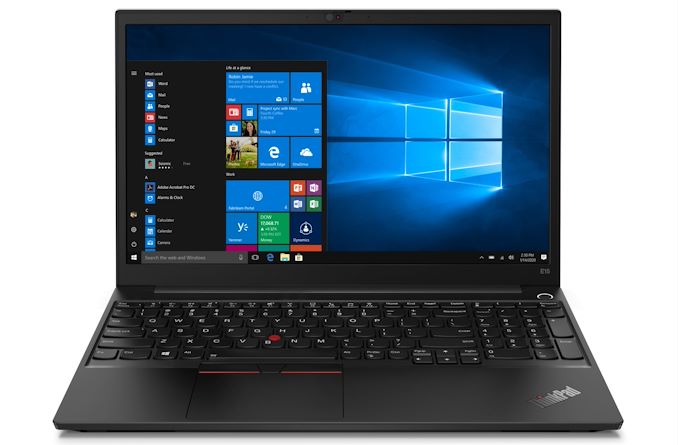 The Lenovo ThinkPad series is is available with an eight-core AMD Ryzen 7 4700U APU without SMT and has seven Radeon graphics cores to power the display. While Lenovo hasn't detailed the display or the other vital specifications at this time, it has added a touch fingerprint reader and an optional IR camera powered by Mirametrix. They are quoted as specialists in security and privacy with its gaze tracking technology. This combined with its Glance software which is integrated within adds an extra element of security which respond to a users presence and can automatically lock the laptop when users step away. The touch fingerprint reader is built into the power button and allows users the ability to turn the system on with one touch, which is more secure than conventional power buttons and is suited to business environments. 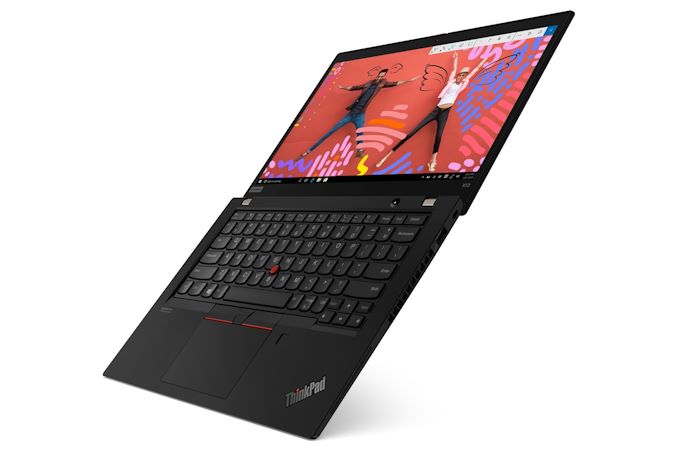 Lenovo ThinkPad X13 is the most portable from its range

Lenovo has also announced new ThinkPad T, X, and L series models powered by AMD Ryzen PRO 4000 series processors. The Lenovo ThinkPad 14 Gen 1 is advertised to include a projected 16-hour battery life and a thin lightweight frame of 17.9 mm and 1.46 Kg, with an even bigger 20-hour battery life on its uprated T14s model. The ThinkPad T14s has a slimmer profile at 16.1 mm thick, with a weight starting at 1.27 Kg. The smaller ThinkPad X13 model has a claimed battery life of up to 17.5 hours, with a thickness of 16.9 mm and a weight on an upward curve starting at just 1.28 Kg. This makes the ThinkPad X13 the lightest from its announced stack. 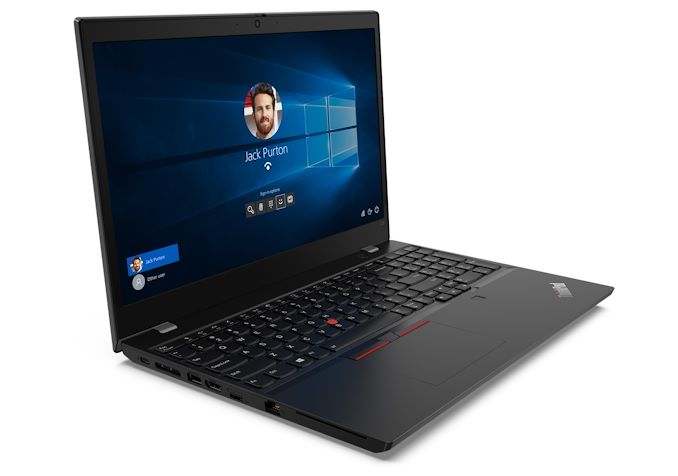 Moving down the new Lenovo ThinkPad stack are the L14 and L15 models which are the largest in size with a thickness of 20.4 mm on the L14, whereas the L15 is slightly chunkier with a thickness of 21 mm. The ThinkPad L14 will have a weight starting at 1.61 Kg, while the L15 will weigh upwards of 1.98 Kg. Both include a projected battery life of up to 14-hours, which Lenovo claims it has used the MobileMark14 benchmark to get this data.

All the Lenovo ThinkPad T, X, and L series models will feature AMD's newest Ryzen 4000 PRO mobile series processors, with extra layers of built-in security features, and feature Lenovo's Self-Healing BIOS, and Lenovo ThinkShield. These new models will be available from June, with prices starting at $849 for the T14, $1029 for the T14s, and $849 for the X13 series. Also available from June will be the L14 and L15 series of ThinkPad models which will both start at $649.

As for the Lenovo ThinkPad E14 and E15 series, both will be available from June and come with a price tag starting at $639.