Yet Another Gaming Accessory with RGB: Uninterruptible Power Supply! 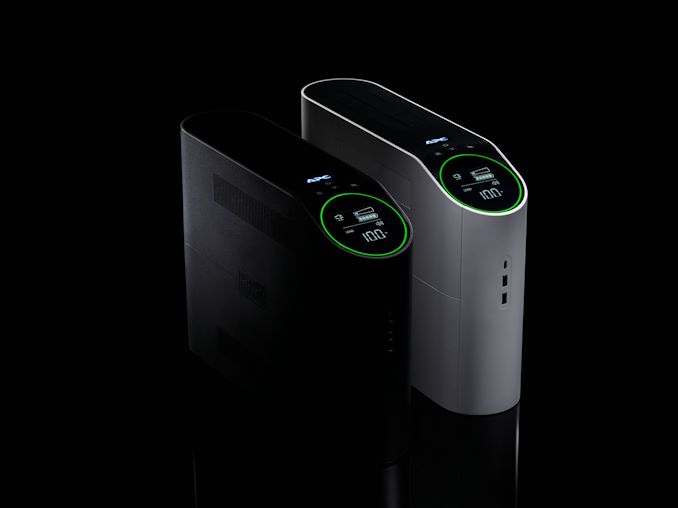 Just when you thought there was a gaming version of everything, with shiny flashing LEDs – we’ve seen storage SSDs, M.2 drives, fans, speakers, chairs, keyboards, headsets, mice, even backpacks, there’s still one that you are missing. Enter the Schneider Electric APC Back-UPS Pro Gaming UPS.

A UPS, or Uninterruptable Power Supply, enables whatever is plugged into it to keep functioning during a power outage, as well as help smooth out power delivery in areas that might suffer from fluctuating brown-outs. At the heart of any UPS is a big battery, capable of sustaining a power load for a specified amount of time. Normal UPS devices for PCs deal with basic office machines, however it is the workstation and gaming market that need to survive on systems pulling 500W to 1000W continuously, and as a result the batteries have to be bigger, but also have to supply enough juice. 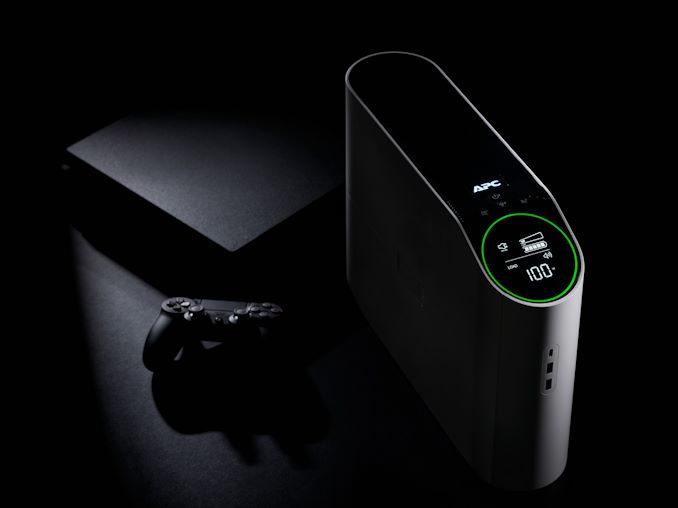 Normally the goal of the UPS, when it takes over from a power outage, is to give the user enough time to save their work and close down the system. For gaming, this means finishing the match. This Pro Gaming UPS also provides additional connections for routers and hotspots, keeping the external internet connection going (assuming the gaming machine and the router are in the same location).

So what makes a UPS a gaming-related UPS? LEDs, preferably RGB LEDs. This unit has 12 of them, all seemingly in that ring around a mini display. The chassis itself comes in either an Arctic or Midnight color, and the unit's display shows how much of the battery is charged and the expected lifetime when running on battery only mode.

The unit has six battery back-up outlets for devices to keep powered during a power outage, and supports a true sine wave output. A further four outlets are provided as surge protected outlets, similar to a standard 4-way socket extension. Two USB Type-A and a Type-C port are on the front in order to charge smartphones and tablets. 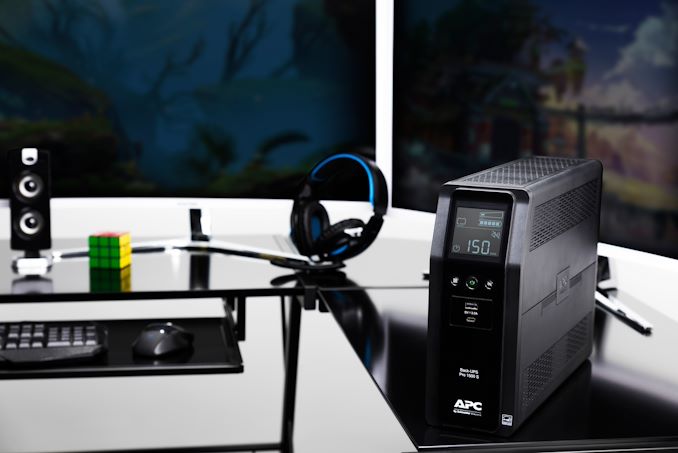 This is the BR1500MS version

The press release provided unfortunately doesn’t go into any detail about the capacity of the UPS. Typically with a UPS one would expect some technical details regarding time and peak power – running a 50W HTPC will clearly last longer than a 1600W gaming machine. Based on the design, it looks like a repackaged BR1500MS, a unit with a total of 10 outlets capable of a peak 900W or 1500VA. The BR1500MS runtime graph shows that:

The unit takes 16 hours to charge. The BR1500MS retails for $220. The Gaming UPS has an extra USB port, and we wonder how much the RGBs might cost too.

As we don’t know any details about this specific gaming UPS (BGM1500 for Arctic, BGM1500B for Midnight), it would be hard to draw conclusions. The device is set for launch in October, but also there is no indication of which markets it will launch in. If we find out more we will update this news piece.

It’s worth noting that a UPS doesn’t save you from a BSOD. But the PR agency involved are probing to see who wants review samples. It would be an interesting unit to test. The question would be how to test.