Preface to Pulsar: Why Seagate Needs This

To say that the SSD revolution caught the HDD makers off guard would be an understatement. With the exception of Samsung, none of the players in the HDD business have an even remotely competitive SSD.

Sitting this one out isn’t an option. In the enterprise market, a handful of SSDs can easily outperform dozens of 15,000 RPM hard drives. And when I say outperform, I mean by an order of magnitude.

It’s not just about performance, there’s a tremendous power advantage as well. The best SSDs use less than 3W per drive under full load. The fastest 15K RPM SAS drives gobble up a good 7W per drive. In a datacenter with thousands of servers, the power savings alone are enough to make the switch.

I use servers as my first example because the cost isn’t as touchy of a subject there, but the advantages in desktop and notebook PCs are more than tangible. Again, the key words are order of magnitude: SSDs are worth their weight in gold if performance matters to you.

The Fresh Test, Why You Absolutely Need an SSD - The SSD Relapse

Two years ago the argument was that the technology wasn’t mature enough. Intel changed all of that with the X25-M and X25-E. Even today companies like OCZ are using Indilinx’s Barefoot controller to compete everywhere from mainstream PCs to high end servers.

PCIe cards based on SSD controllers with tons of NAND flash are the next frontier for the technology. Why deal with the current SATA bottlenecks when you can push close to a Gigabyte per second of data over some PCIe lanes?

Performance and power data aside, Gartner expects SSD sales to hit $1 billion in 2010. Like I said, sitting this one out isn’t an option.

Seagate has been the quiet one, until today that is. Today Seagate is announcing that it is shipping its first SSD to OEMs. The drive is called Pulsar and this is a render of what it looks like (if it appeared in front of a star apparently): 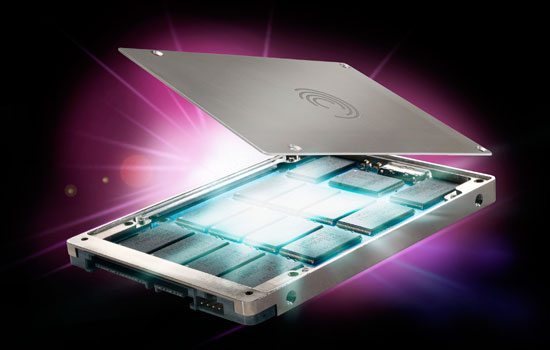