I wasn’t supposed to be able to tell you about this until Monday, but it looks like the news leaked early so IMFT gave us the green light.

Intel and Micron jointly formed IMFT (Intel-Micron Flash Technologies), LLC back in 2006. The two companies share production from the venture. Intel gets 49% of IMFT’s flash production and Micron gets 51%. 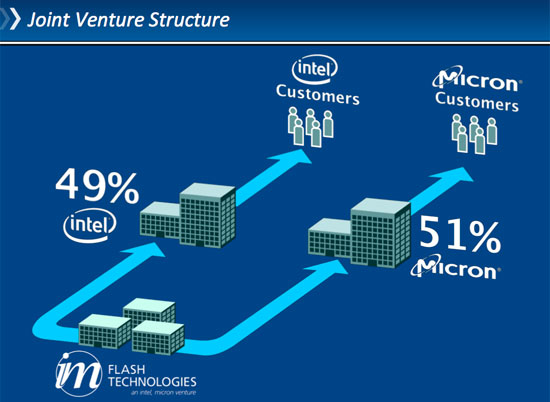 In the usual Intel tradition, IMFT aggressively scales process technology to be competitive. The company started manufacturing at 72nm, spent 2008 at 50nm and just last year scaled down to 34nm. The latter is what found its way into Intel’s X25-M G2 as well as Micron’s soon-to-be released RealSSD C300. 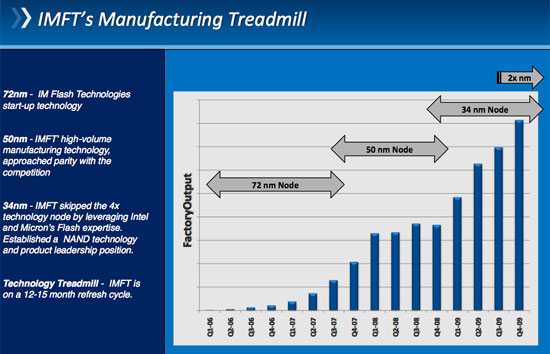 Today IMFT is announcing that it has begun sampling 2-bits-per-cell MLC NAND flash manufactured using 25nm transistors. The company believed it had a 6 month head start over the competition in 34nm, and now believes that with 25nm NAND it’s roughly a year ahead of anyone else.

Volume production will happen sometime in Q2, with products shipping before the end of the year. In my last SSD article I mentioned that Intel’s 3rd generation X25-M would be shipping in Q4 at 160GB, 320GB and 600GB. These drives will use IMFT’s new 25nm flash.

The first 25nm product is an 8GB (64Gbit) 2-bits-per-cell MLC NAND flash. A single 8GB die built on IMFT’s 25nm process has a die size of 167mm2. Immersion lithography is apparently necessary to produce these 25nm NAND devices, but the extent is unclear. This is technically Intel’s first device that requires immersion lithography to manufacture. 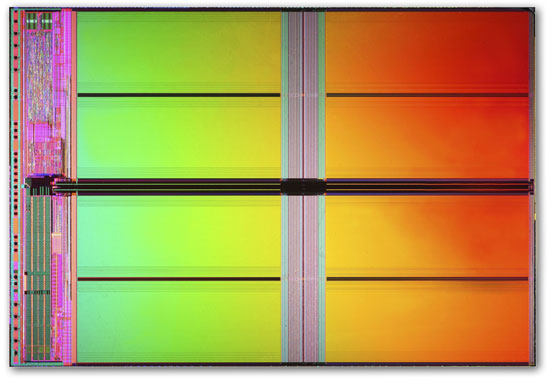 Obviously supply and demand economics play their roles here. We may not see the sort of aggressive pricing we want to on 25nm X25-M drives if demand remains as high as it has been for the 34nm G2s.

Last year IMFT announced plans to deliver a 3-bit-per-cell 34nm MLC NAND flash. Today's announcement pretty much negates the need to bring those devices to market. Although at some point we'll probably see 3-bit-per-cell at 25nm. At this point 3-bit-per-cell MLC flash is only suitable for cheaper or low cycle devices like USB sticks. In a SSD the performance and reliability tradeoffs just aren't worth it. 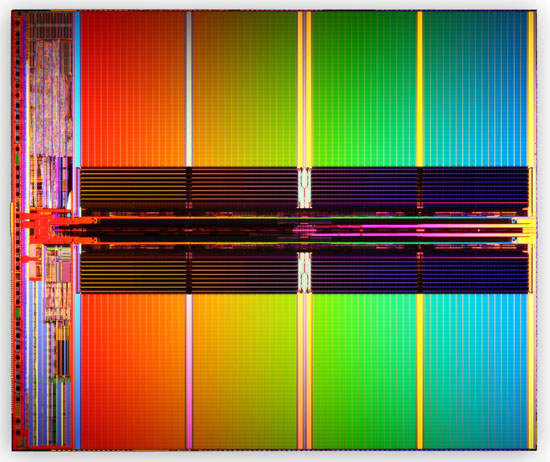 The other major change to the 25nm NAND is an increase in the page size. At 50nm and 34nm, IMFT’s page size was 4KB. At 25nm on the 8GB device the page size is now 8KB. Block size has also gone up from 128 pages to 256 pages. This will obviously have performance implications and require some firmware reorganization, but given that Intel has known this was coming for some time now I would expect that its 3rd generation drives will be optimized for 25nm.

IMFT believes there’s still hope for scaling flash devices even further. It's ridiculous to think about how small these transistors are getting. As we approach single-digit-nm dimensions we can start counting atoms when we look at these transistors: 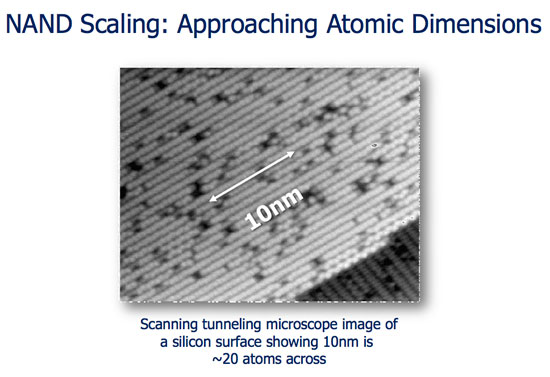 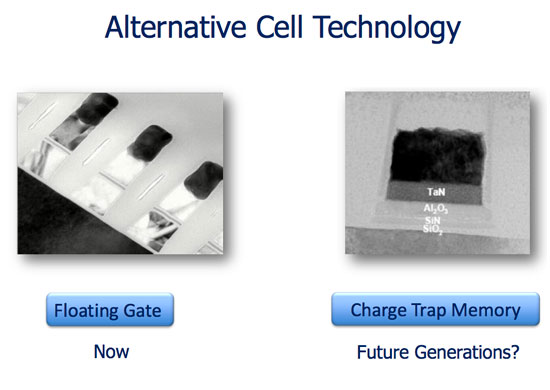 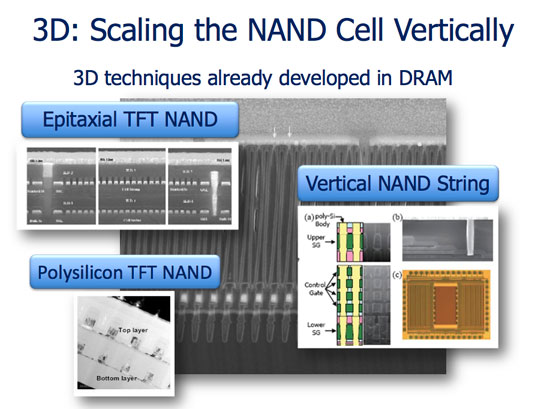 If IMFT can ramp up production of 25nm NAND flash, 2012 may be the year of the first truly affordable mainstream SSDs.