I spent more time with the Samsung Focus than any other Windows Phone prior to launch. It was the thinnest, it had the most eye catching screen and felt the most like a modern smartphone. It should, after all it’s lineage comes from the Galaxy S sans the Hummingbird SoC. Like the rest of the WP7 devices the Focus is based on Qualcomm’s first generation 65nm Snapdragon SoC. 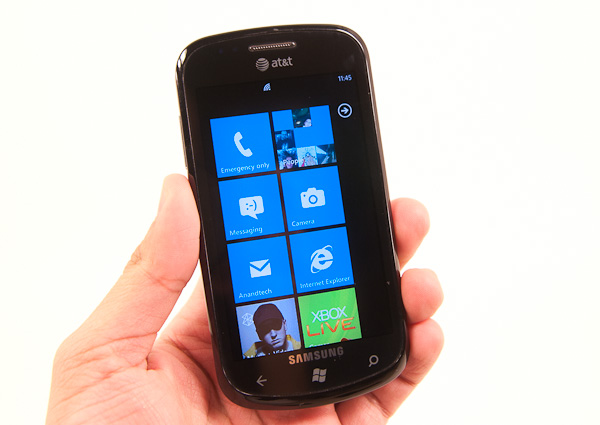 The Focus is very thin but by virtue of its 4-inch Super AMOLED display has a larger surface area than the iPhone 4. 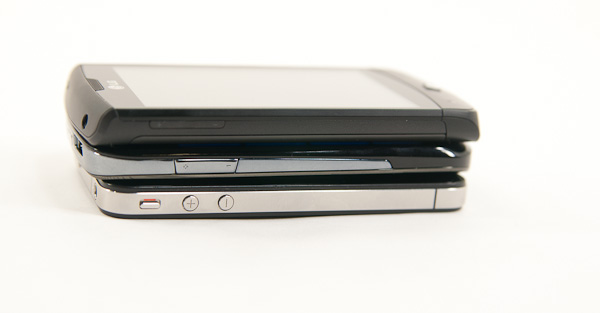 Externally the Focus is made almost entirely of plastic with very carbon-fiberesque stripes on the back. The plastic construction makes the WP7 flagship very light, although some may find it too cheap feeling. The screen and the OS are what stand out about the Focus, not the physical construction of the phone itself. 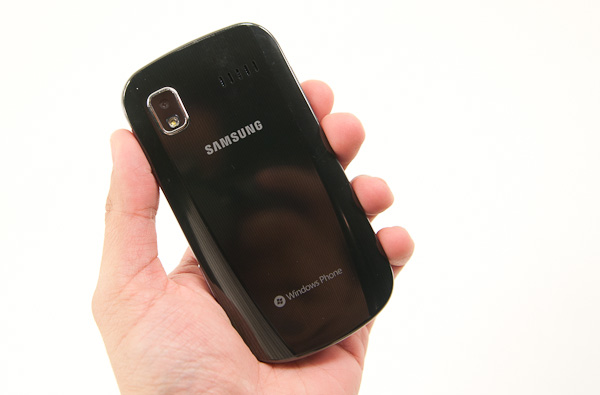 Underneath the back cover you’ve got a microSD slot to expand beyond the integrated 8GB of NAND.

Along the top edge you’ve got a micro USB port with retractable cover, similar to what we’ve seen on the Epic 4G. This is much preferred to the cheap feeling dangling cover from the Optimus 7. 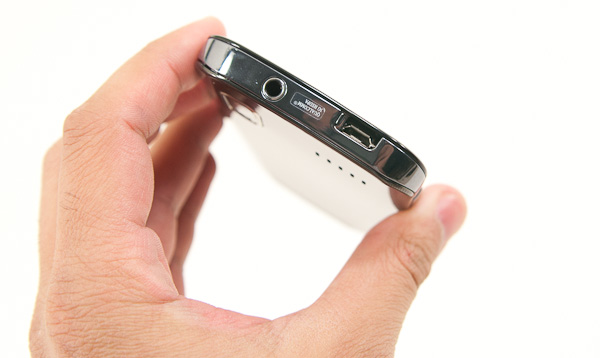 The three WP7 buttons are activated via capacitive touch. The buttons are clearly etched in the plastic and light up when touched. There’s a tasteful amount of haptic feedback when you tap them as well.

One issue that I’ve always had with the Focus is that it takes a ridiculous amount of time to fully charge. Over 7 hours. A quick Google search reveals that other Focus owners have had this problem, but not all. Microsoft indicated that the problem might appear with certain USB cables or wall charger combinations, but regardless of what I tried I had the problem. Buyer beware.