AMD is usually pretty aggressive with turning process tweaks and yield improvements into new products. Just two months ago AMD gave us the Athlon II X3 450 and the Phenom II X2 565, today we're getting speed bumps of both of those parts. The Athlon II X3 455 runs at 3.3GHz, up from 3.2GHz and costs the same $87. You get an additional 100MHz for free. The chip hasn't changed otherwise. You get a quad-core die with one core disabled, no L3 cache and a 512KB L2 per core. 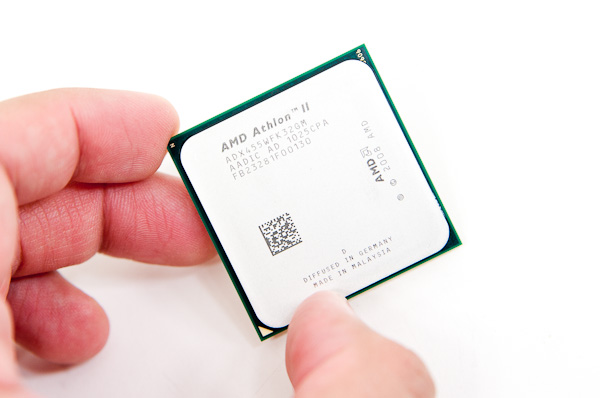 The Phenom II X2 565 is an unlocked Black Edition part, also identical to its predecessors. Here you have a quad-core die with two cores disabled, a 512KB L2 per core and a shared 6MB L3. The 565 runs at 3.4GHz, up from 3.3GHz, but the clock increase comes with a $10 price increase. 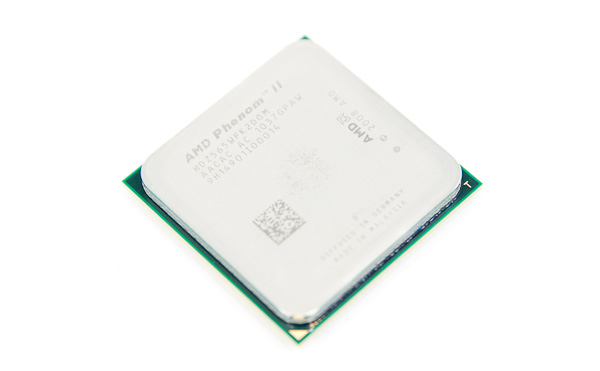 The 565 goes up against Intel's Core i3 540 and 550 processors. The comparison here is less clear cut. In the case of the Athlon II X3, you get more cores for the same money which really helps AMD out. The 565 by default doesn't give you any more cores, all you get is a higher clock speed and a larger L3 cache. But you lose out on IPC, threaded performance and power consumption. While AMD easily wins between $80 - $90, around $110 - $120 the choice moves back towards Intel. There is just one more thing however.

Both the Athlon II X3 and Phenom II X2 are made from harvested die. As we've seen in the past, these harvested die aren't always bad. In the case of the Phenom II X2 we've seen a number of CPUs with disabled cores that could just as easily be re-enabled. Armed with ASUS' M4A89GTD Pro/USB 3 890GX motherboard I tried to see if I could enable any of the disabled cores on the two samples AMD sent me.

In the case of the Athlon II X3, enabling the fourth core wasn't a problem. ASUS' Core Unlocker enabled it and the system was just as stable as before, now with four fully functional cores. I could even overclock the four cores just as far as I could overclock the chip with only three cores enabled.

I managed to get three working cores on the Phenom II X2, however I couldn't boot into Windows 7 with the fourth core enabled. 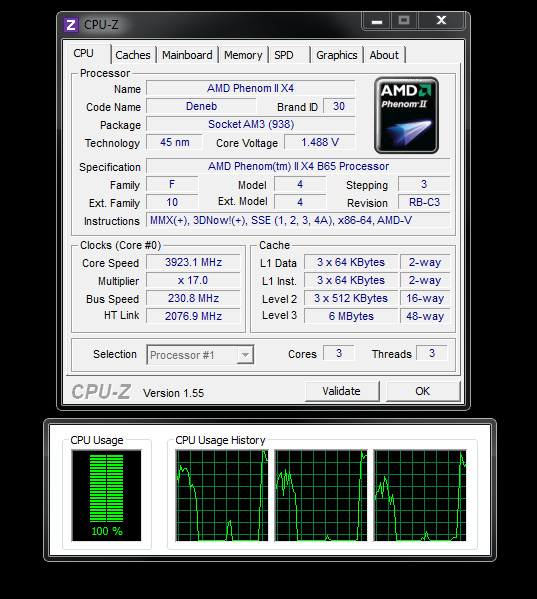 A Phenom II X2 565: Overclocked and with one additional core unlocked

In the case of the $87 Athlon II X3 turning into an $87 Athlon II X4, you can't get better than that. Your mileage will most definitely vary. I've had Phenom II X2s that would work as quad core parts, triple core parts and refuse to work at all above two cores. The same goes for the Athlon II line. You can't count on core unlocking working, but if it does, it's great additional value.

The six-core Phenom II X6 gets a speed bump as well. The 1100T increases default clock speeds from 3.2GHz to 3.3GHz, and increases Turbo Core frequency from 3.6GHz to 3.7GHz. Turbo Core is only supported on Thuban based processors (currently only Phenom II X6s) and increases operating frequency if half or fewer cores are actively in use. 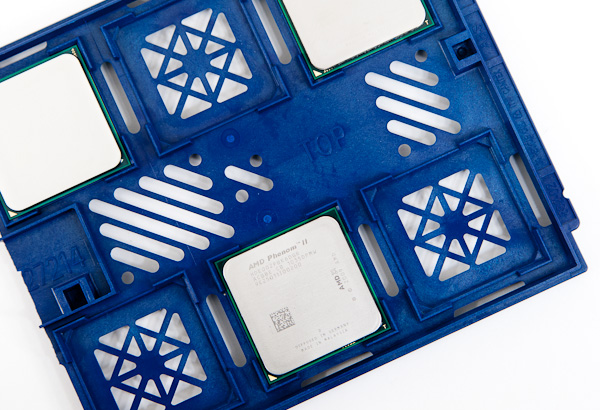 At $265 this puts the 1100T between the Core i5 760 and the Core i7 860. While the Core i7 860 still has the edge in some of our tests, the 1100T is within striking distance and cheaper. In heavily threaded apps, the 1100T's six cores really come in handy and give AMD the win. Combine the two and you can get a better value. However Intel still holds the advantage in lightly threaded scenarios thanks to the i5/i7 aggressive turbo modes.

To keep the review length manageable we're presenting a subset of our results here. For all benchmark results and even more comparisons be sure to use our performance comparison tool: Bench.

We've moved all of our AMD CPU testing to the 890GX platform. While nearly all numbers are comparable you may occasionally see some scaling that doesn't quite add up compared to lower clocked versions of the same chips running on a previous motherboard.