Twelve months ago NVIDIA stood on stage at CES and introduced its Tegra 2 SoC. It promised dozens of design wins and smartphones shipping before Spring 2010. That obviously did not happen.

What instead happened was NVIDIA lost a number of design wins, many of which we centered around mobile OSes other than Android. There were a number of Windows Mobile/Windows CE based designs that never made it to market, and a lot of efforts around earlier versions of Android that never went anywhere.

In the time since NVIDIA’s CES 2010 announcement, the company has shifted resources and focused its entire Tegra team on a single OS: Android. Choosing Android isn’t a hard decision to understand, of all of the available smartphone OS options it has the most momentum behind it. 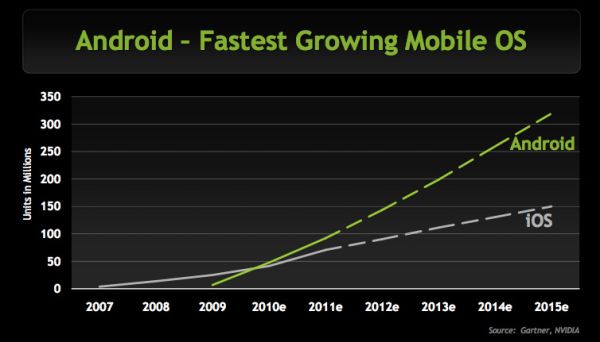 NVIDIA views the smartphone space like a condensed evolution of what happened in the PC industry. In fact, NVIDIA believes that within the next decade, mainstream PCs will actually be smartphones. You’ll simply connect your smartphone to a wireless display and keyboard/mouse when you’re at your desk, and just take it with you when you’re on the move. This usage model won’t replace high end PCs, but for anything you’d find in the mainstream market it should be sufficient. 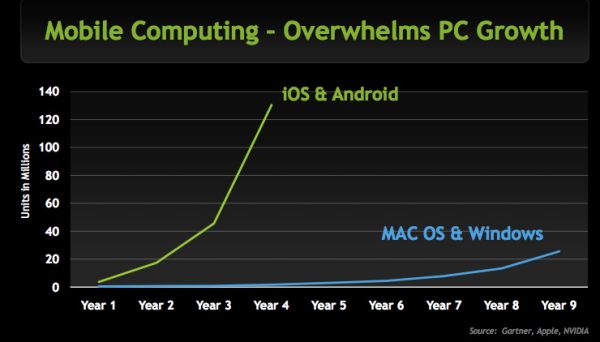 Motorola’s recently announced ATRIX 4G and webtop dock is the perfect example of this type of a usage model, although it is a very early precursor to what NVIDIA believes is the future of mainstream computing.

NVIDIA thus expects the smartphone market to evolve very similarly to how the desktop PC market evolved - including being driven by gaming. The Tegra 2 SoC is NVIDIA’s first honest attempt at addressing this market and with today’s announcements from LG and Motorola, NVIDIA is actually gaining some traction.