The ASRock CoreHT 252B is primarily built out of notebook components, and it is not possible for the average enthusiast to build such a system with off-the-shelf components.

The mini PCI-E slot is taken up by the Atheros based AzureWave WLAN module. The two sides of the CoreHT chassis are used as antennae. The two DIMM slots are on the right side of the board, next to the CPU. 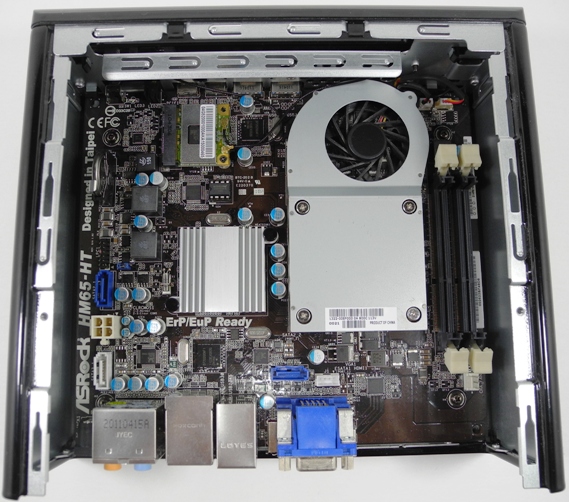 The Core i5-2520M is a 35W TDP processor belonging to the 32nm Intel Sandy Bridge family. Clocking in at 2.50 GHz, it is capable of going up to 3.2 GHz for a single core and 3.0 GHz for both the cores in turbo mode. 3MB of Intel Smart Cache is shared between the two cores and the integrated GPU.

The integrated GPU in the Sandy Bridge processors come in two varieties, namely, HD Graphics 2000 and HD Graphics 3000. The Core i5-2520M uses the latter. It has a base frequency of 650 MHz, and is capable of going up to 1.3 GHz in stressful conditions.

It supports full 3D video capabilities, QuickSync and WiDi. However, WiDi is not supported by the CoreHT 252B. WiDi makes sense for laptops, but not much for SFF HTPCs. So, we don't fault ASRock for avoiding this feature.

ASRock has used a relatively new memory vendor in ASInt for the CoreHT 252B. The memory chips operate with a 9-9-9 CAS latency.

The 500GB Scorpio Black is one of the best reviewed hard disks in its class. It has been reviewed to have upto 120 MBps sequential read speeds. 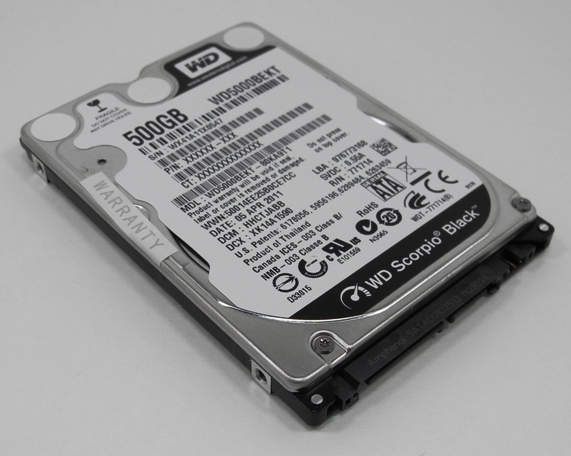 The hard disk is a good choice with respect to the price - performance ratio for the ASRock CoreHT 252B.

The ASRock CoreHT 252B ships with the Philips Lite-on DS-4E1S BD Combo Drive. 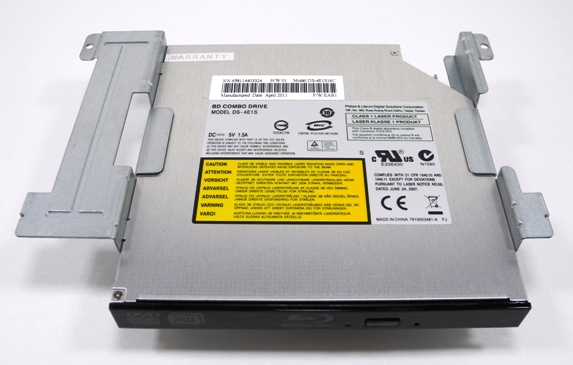 One of the shortcomings of the ASRock HTPCs when compared with something like the Zinos from Dell is the absence of a wireless keyboard / mouse combo. However, ASRock does take care to ensure the presence of an IR receiver in the system and also bundle a MCE remote.


Unfortunately, the quality of the MCE remote is a big letdown. The keys are quite small and the unit feels cheap in the hand despite being pretty decent in appearance. 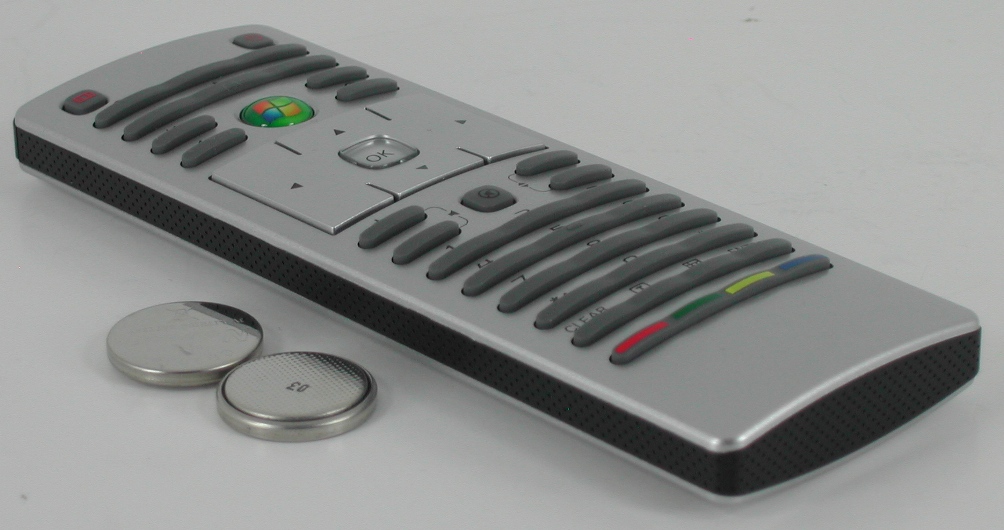 In the next few sections, we will take a look at the performance of the ASRock CoreHT 252B.