With that long write-up out of the way, you might expect that there was something in particular to the U2412M that led me to explain our testing and results. There initially was but it actually proved to be a software issue; still, I thought the explanation on the previous page would be useful for everyone. For our uncalibrated measurements, I used the profile included on the CD, set the brightness to 200 nits, and then measured using the i1Pro meter. 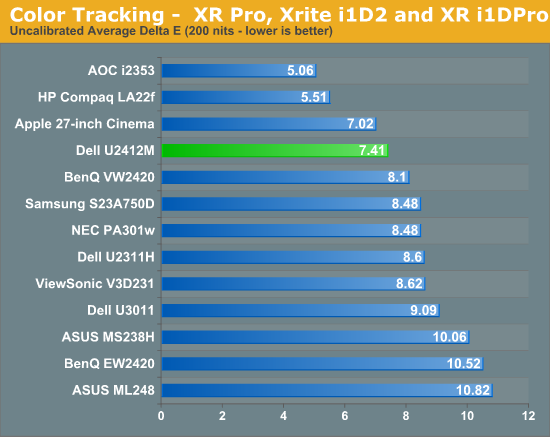 Here we see a score over 7, which is about what we expect to see on a monitor straight out of the box. Comparing this to previous displays isn’t easy to do as most of those used the i1Display2, which isn’t nearly as accurate as the i1Pro is. Of course, all displays do better once calibrated, so I kept the brightness target at 200 nits, with a white point target of D65, gamma of 2.2, and minimum black target. 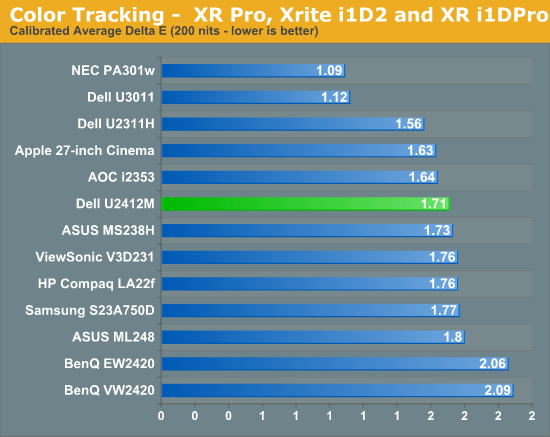 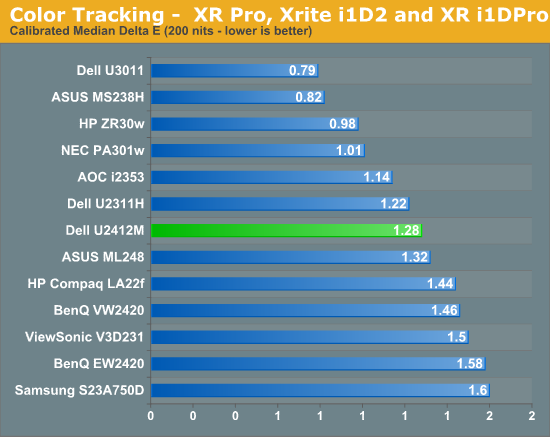 The errors for the Dell look very similar to what we have seen on other monitors. The color gamut is not AdobeRGB, so some of the patches are outside of the range for the display and can’t be rendered correctly. This leads to the spikes in the chart for blue samples and the higher average dE. We included the median dE number so you can see that the value drops quite a bit if we look at that. Everything other than blue is pretty good, and the grayscale is right around 1. So this is nice overall, though not perfectly accurate due to the color gamut and possibly due to the 6-bit panel. Now we will profile again to see if the results are similar with a target of 100 nits instead of 200 nits. 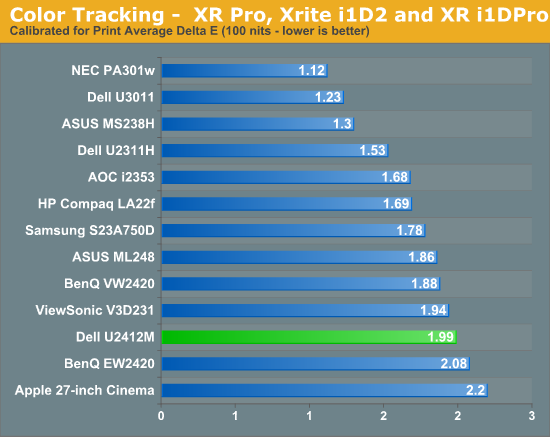 The error seems to rise a bit here, most notably in the grayscale that you would want to keep very neutral for print work. Most colors stay below 3.0 in their error (which is considered the threshold of being visible to the naked eye in motion) but again the blues are past that and errors would be visible to someone that was looking. For serious print work, you probably need to look for something that can use the full AdobeRGB gamut.