Since Apple launched the first iPad two years ago, the tablet market has evolved rapidly. While slate tablets were nothing new, the original iPad was the first serious tablet to be built around smartphone components and a user interface designed specifically for touchscreen input. The hardware was enough to run the OS smoothly while maintaining good battery life, the thin and light form factor lent itself to easy portability, and the touch-based user experience was miles better than earlier devices based on desktop operating systems.

We take it for granted now, but this was all news back in 2010, and the iPad was practically in a category of its own, with no real competitors to speak of. After Apple started shipping the iPad, the segment basically exploded—we had Google jump in with Honeycomb, HP got into it (and then out of it) with webOS, RIM had a go with the PlayBook, Amazon pushed the Kindle line into the tablet space, and Microsoft created its next release of Windows with tablets in mind. Along the way, Apple updated the iPad, both on the software side with multitasking, a new notifications system, and a myriad of UI updates, as well as launching second generation iPad hardware. The iPad 2 was a comprehensive update, bringing a dual core processor, unrivaled graphics performance, cameras fore and aft, and a ground up redesign that brought a thinner and lighter form factor. 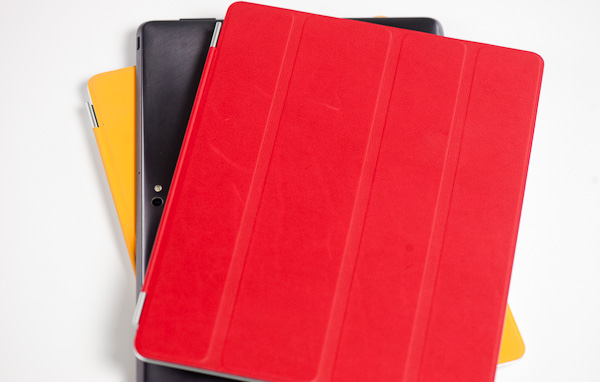 The iPad 2 was a significant improvement over the original—faster, more portable, and generally a far more polished device. Not that it was perfect: iOS 4 still had issues with smooth multitasking and an archaic notifications system, the cameras were mediocre, and the XGA display, while a great quality panel, didn’t have the kind of pixel density expected of a premium mobile device. The iPad 2 hit market around the same time as Honeycomb (in Motorola’s Xoom) early last year, and at first Apple still held a major edge in terms of hardware. As more impressive Honeycomb devices like Samsung’s Galaxy Tab 10.1 and the ASUS Transformer Prime were launched, along with Ice Cream Sandwich looming on the horizon, Android became a much more viable tablet alternative to iOS. And with Microsoft planning for a major push later this year for ARM-based Windows 8 tablets centered around the Metro UI, Apple has never faced such stiff competition in the tablet space. Which brings us to the third generation of iPad hardware. 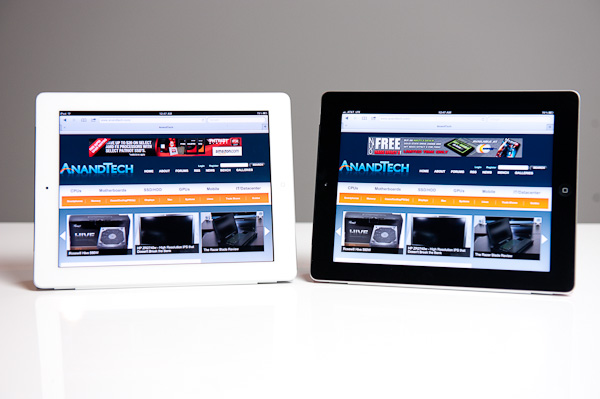 It has a display resolution that dwarfs most high-end desktop displays. The panel also puts a real emphasis on quality, not just resolution. For a computing device targeted squarely at the consumer market, both of these things are rarities.

Its SoC is the absolute largest ever squeezed into an ARM based tablet. The chip itself is even bigger than what you find in most mainstream notebooks. It’s expensive, it puts out a ton of heat and it offers a tremendous GPU performance advantage over anything else in its class.

And it has a battery that’s larger than what ships in the current crop of similarly sized ultraportables and Ultrabooks.

The new iPad doesn’t significantly change the tablet usage paradigm, but it does put all previous attempts at building hardware in this space to shame. It’s the sort of no holds barred, performance at any expense design that we’re used to seeing from enthusiast PC component vendors—but in a tablet...from Apple.

Welcome to the new iPad.