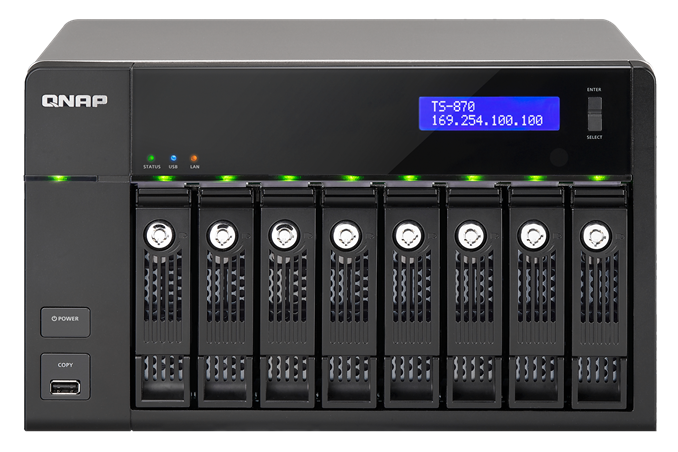 10 GbE capability in off-the-shelf NAS units have most remained in the realm of rackmount models. Today, QNAP is introducing the TS-x70 series desktop pedestal models with this capability. Coming in 4,6 and 8-bay varieties, the units also sport support for connecting multiple QNAP RAID expansion enclosures (REXP-1200U-RP / REXP-1600U-RP) to ensure scalability over time.

QNAP claims read speeds of up to 450 MBps and write speeds of up to 423 MBps with all four GbE links link-aggregated. The units come with the QTS 4.0 OS which has all the common virtualization certifications. The TS-470, TS-670 and TS-870 are all available now with expect street pricing around $1000, $1200 and $1400 respectively. A Pro version with an i3 CPU is expected to arrive later this year.