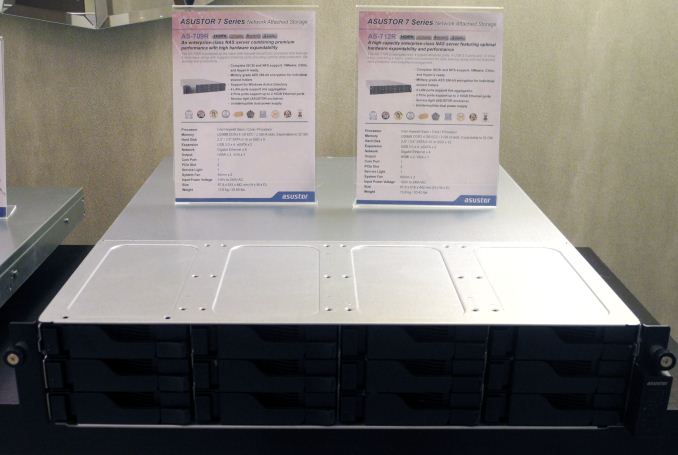 We visited Asustor at CES last year and saw a host of Atom-based NAS units. In the span of one year, a lot of changes have taken place. There is better delineation of models. The AS-2xxT and AS-3xxT models target home consumers while the AS-6xxT and the AS-6xxRS / AS-6xxRD targets business users (SMB and enterprises requiring tower form factor and rackmounts respectively). The AS-3xxT comes in 2 and 4-bay varieties and they are based on the Intel Evansport platform. I have been privately informed by people in the know that the Asustor AS-3xxT is one of the better Evansport NAS units, and we are looking to arrange a review of the 4-bay.

Amongst the updates we received today are changes in the OS, the Asustor Disk Manager (ADM) and news on the 7-series rackmount models based on Haswell Core i / Xeon processors. The changes in ADM include the addition of a 'MyArchive' feature where up to two disks / bays in an Asustor unit can be reserved as removable storage. The disks in these bays are not part of the RAID volumes, but separate Linux ext4 single disk volumes. Asustor cites sharing, collecting and power saving as some of the advantages of the MyArchive feature. 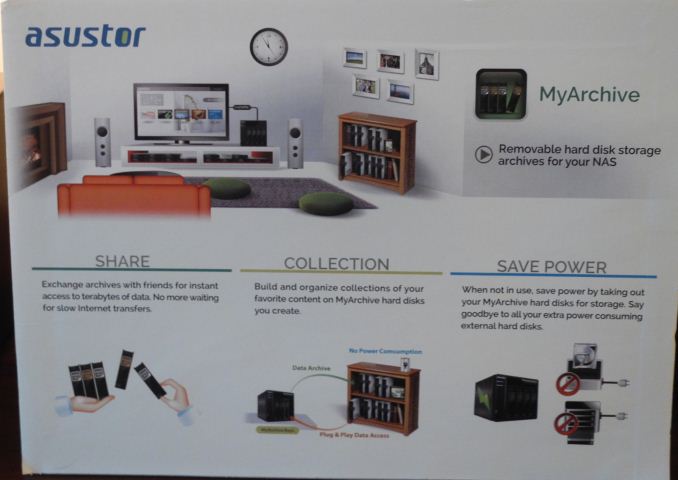 The Asustor 7-series comes in 9 and 12 bay varieties, with two PCIe expansion slots compatible with 10G cards. The units come with dual power supplies for redundancy and have four 1 GbE ports. The units are expected to come to the market in Q2 2013.