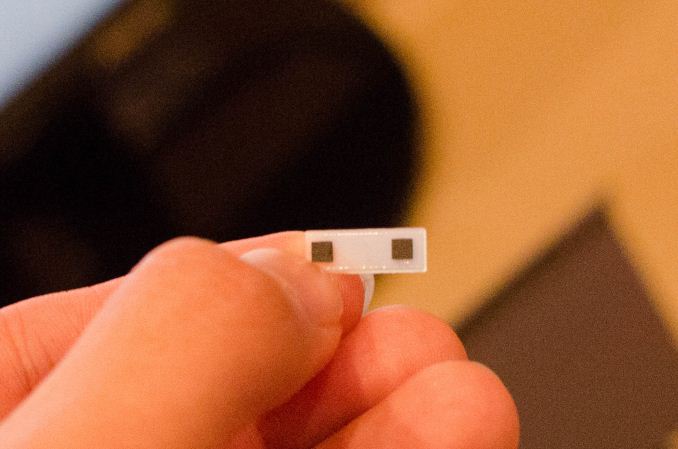 While we often don’t discuss startups, at CES we found a company called Keyssa that claims to have the technology to do away with wired connectors entirely. Normally, these claims are rather misleading, but in the case of Keyssa it seems that this is quite possible as the company was formed as a spin-off from research at UCLA labs. Similar to 802.11ad, Keyssa uses the 60 GHz spectrum to deliver immense amounts of bandwidth (6 Gbps), but at much lower power levels. This lower power level does constrain the range of this technology to a few centimeters or so, similar to NFC. 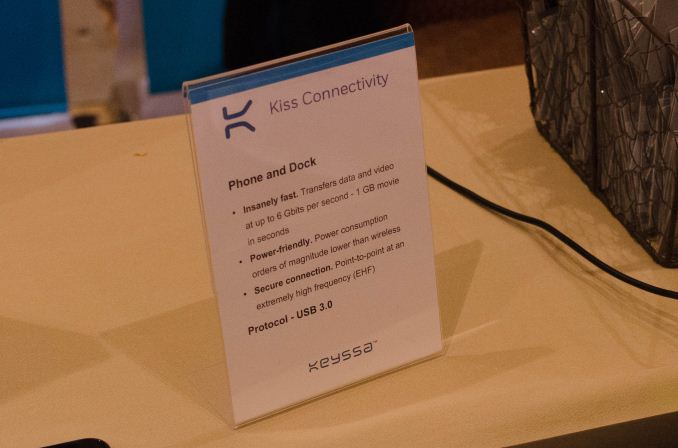 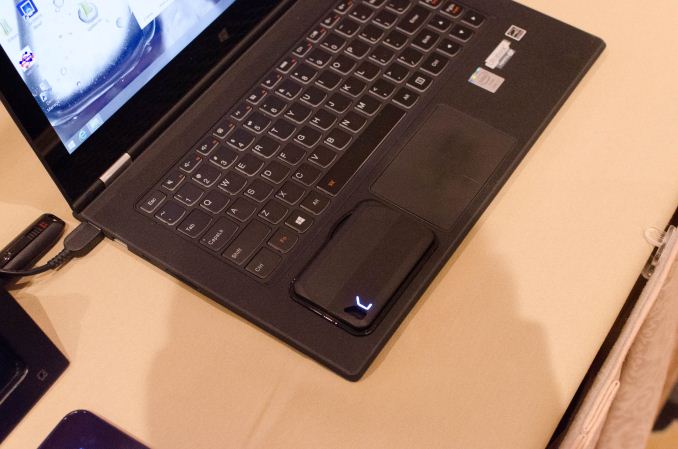 In addition to the immense bandwidth, Keyssa’s connectors are relatively small and are around a millimeter thick, with a length and width similar to a microUSB 3.0 connector. It seems that this technology takes advantage of USB-IF’s media-agnostic USB standard, as in a demonstration of a prototype SSD with Keyssa’s connector the SSD appeared to be a USB drive on to a laptop with a pad for the SSD. Company representatives stated that there will be products shipping with this connector this year, and it should be interesting to see how this affects mobile devices if this technology gains traction.