Intel's integrated GPUs don't have a big name in the gaming community. Once in a while, Intel throws in a surprise. In the Haswell family, CPUs with Iris Pro graphics gave a pleasant surprise to casual gamers. In this section, we will identify whether the Intel HD Graphics 6000 in the Core i5-5250U can provide an acceptable gaming experience. It will also be interesting to determine whether HD 6000 can provide better numbers compared to the HD 5500 in the Core i7-5500U (BRIX s).

For the purpose of benchmarking, we chose four different games (Sleeping Dogs, Tomb Raider, Bioshock Infinite and DiRT Showdown) at three different quality levels. As someone focusing on HTPCs and multimedia aspects, I rarely get to process gaming benchmarks, even while evaluating GPUs. One of the aspects that I feared was spending lot of time in installing the same games again and again on different PCs under the review scanner. The solution was to go the Steam route. Unfortunately, Steam also likes to keep the game files updated. A quick online search revealed that Steam could make use of an external drive for storing the game executables and downloadable content. With the Steam drive on-the-go use-case being read-heavy, the Corsair Flash Voyager GS USB 3.0 128GB Flash Drive (with read speeds of up to 275 MBps) was ideal for use as a portable Steam drive. 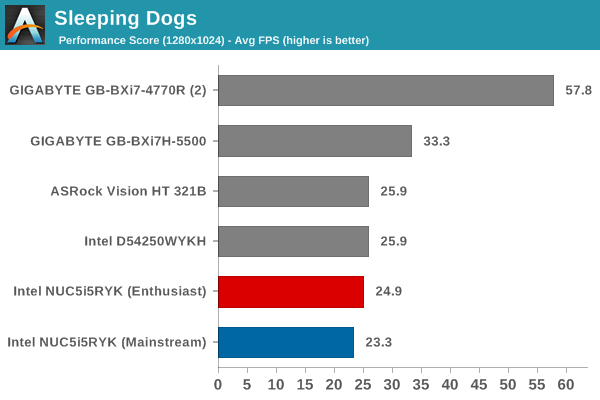 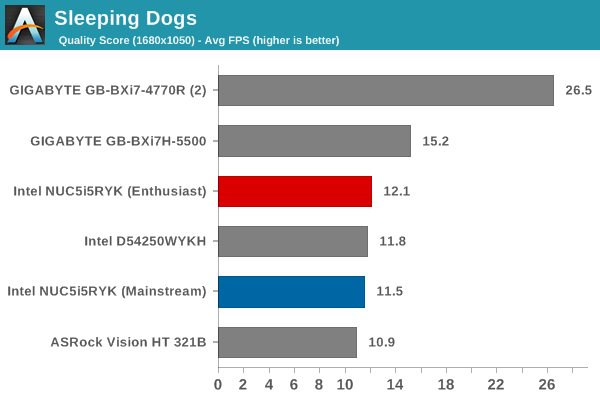 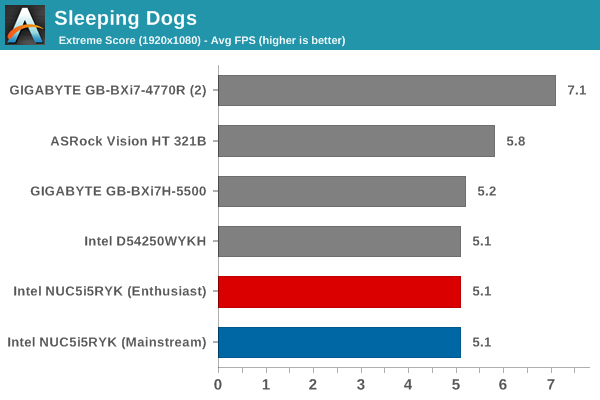 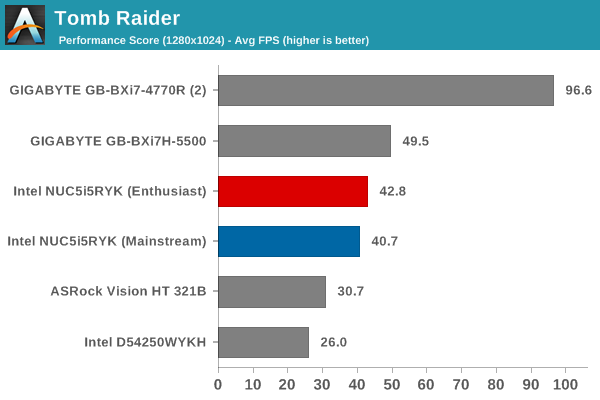 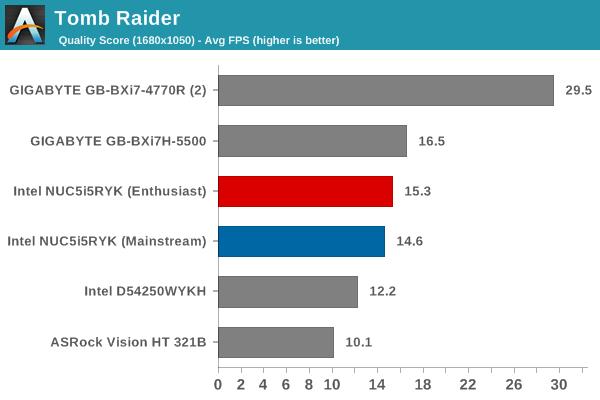 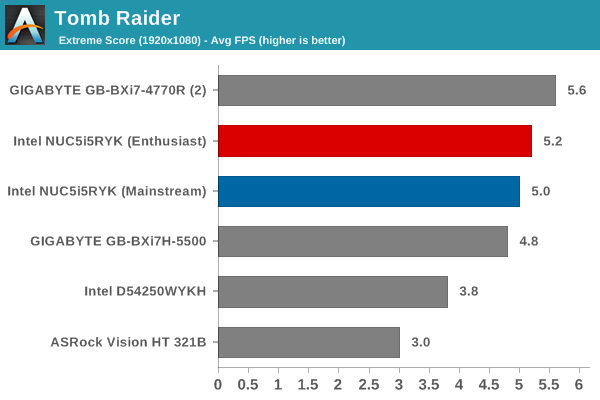 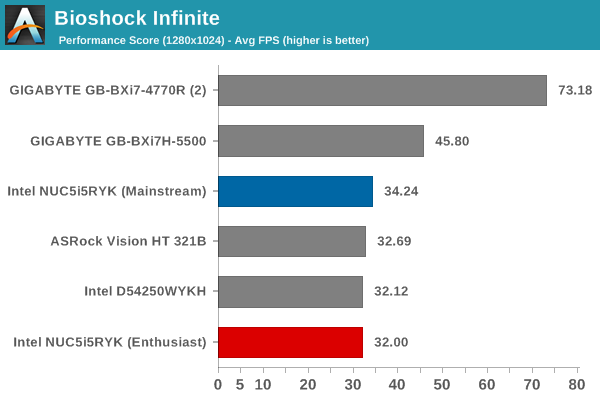 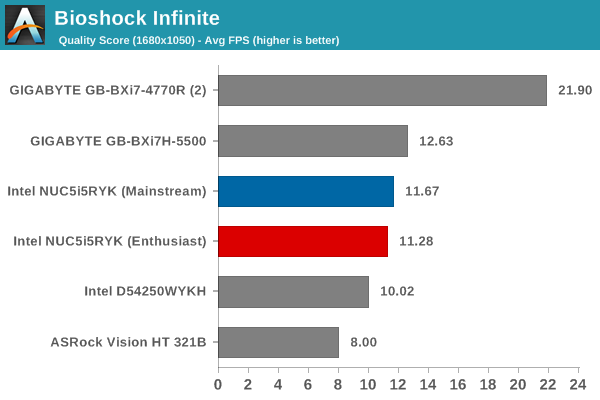 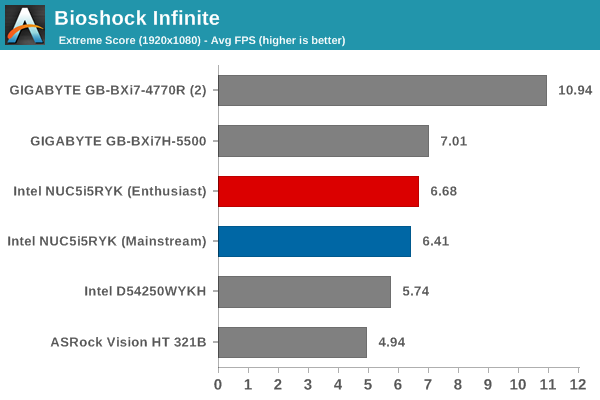 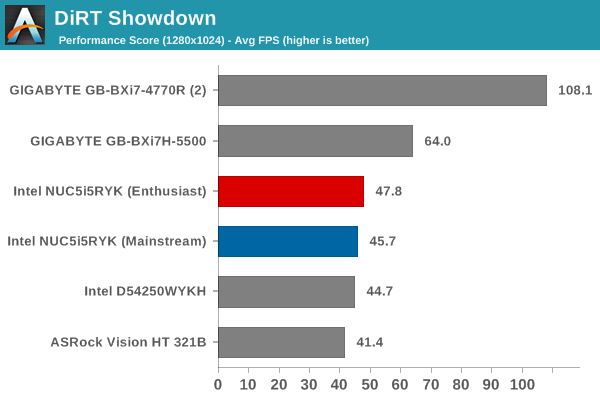 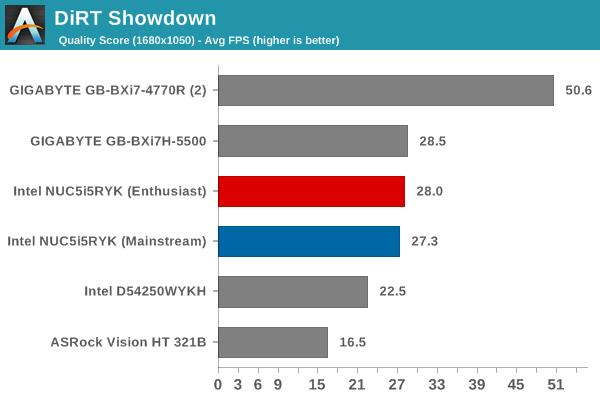 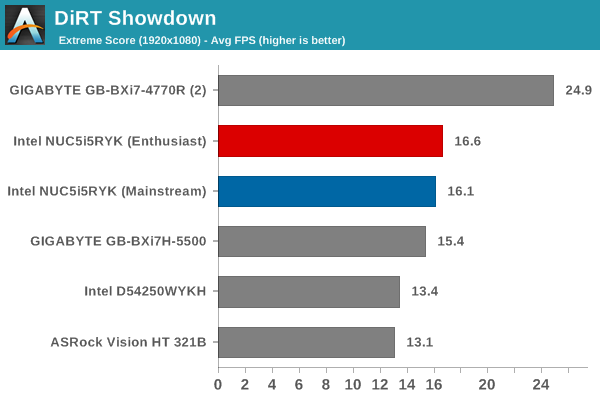 The gaming benchmarks, when considered as a showdown between the HD Graphics 5500 and HD Graphics 6000, is is a complete walkover for the former in the Core i7-5500U. Faster memory helps in salvaging a few FPS here and there, but the games are not fluid even with all settings dialed down. One aspect to be kept in mind while considering the above results is that the HD 5500 in the Core i7-5500U had accesses to DRAM running at 2133 MHz, while the HD 6000 in the NUC5i5RYK was limited to 1866 MHz.