Cryorig is a company that popped literally out of nowhere in 2013. They claim to be a company founded by experts with previous experience at other well-known companies, who banded together to both make a name for themselves and to offer "the best of all worlds". The R1 Ultimate that we have here today is the largest, most powerful cooler that they currently manufacture. 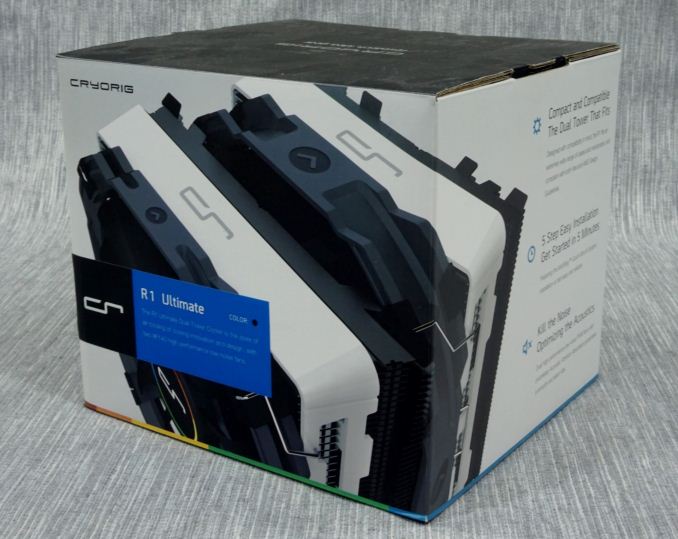 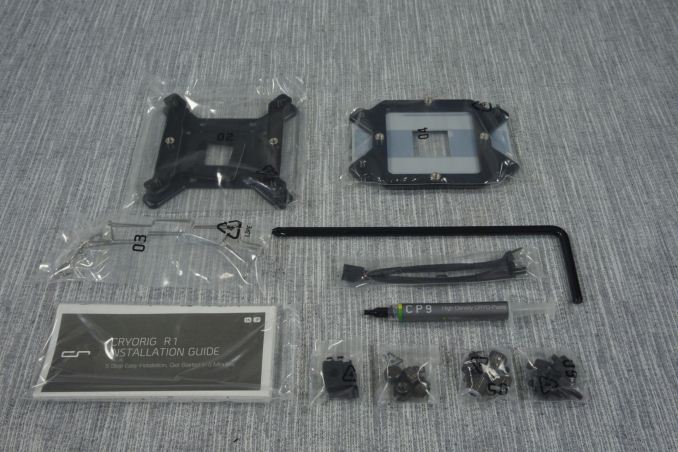 The Cryorig R1 Ultimate is a very large dual tower cooler. Plastic frames partially cover each tower and are used as supports for the two 140 mm cooling fans. The fans are preinstalled and removing them is not necessary for the installation of the cooler. Each of the two towers has two series of fins. The silver front half of each tower consists of 42 fins, the black rear half of 53 fins. The company claims that by reducing the spacing halfway across each tower, they can accelerate the air exhaust, forcing the hot air to exit the tower faster. It is a rather peculiar approach, as a uniform gap across the entire tower could achieve the same air backpressure/speed without the extra turbulence and noise that the transition will cause. Perhaps Cryorig's research showed that this approach somehow improves thermal performance, by either thinning the boundary layer or simply through higher turbulence flow. 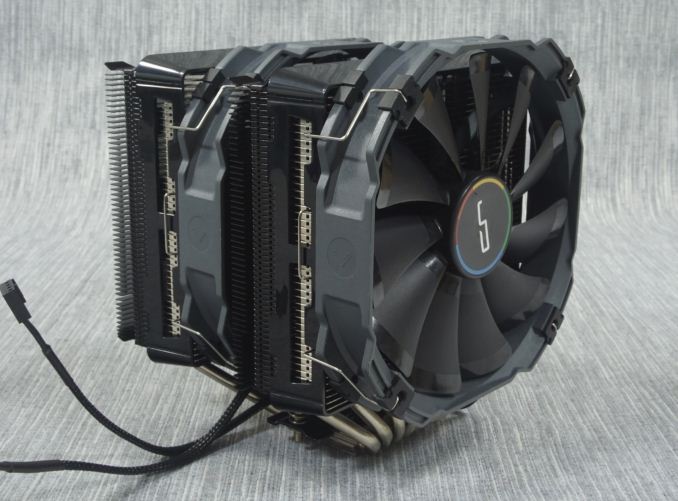 No strange shapes or patterns here - the front of the towers is entirely straight, with Cryorig apparently thinking that trying to improve anything by shaping the intake side of the fins is a waste of resources. The rear of the fins forms a simple geometric pattern, not just to improve the aesthetics of the cooler but also to provide insertion points for the provided screwdriver, which needs to be inserted in the gaps between the center fan and the fins for the installation of the cooler. 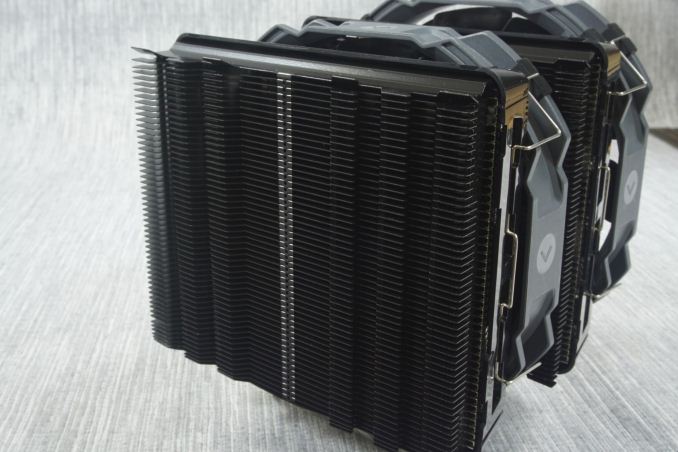 Cryorig is using two 140 mm fans, rebranded to their own company logo. They appear to be the same as the XF140 fans that the company retails as well. Aside from the "high precision low noise" bearing that the specifications vaguely describe, not much can be found about the fans, other than that they have a maximum speed of 1300 RPM. According to the specifications of the R1 Ultimate, they are also rated at 23 dB(A). This however is a little misleading, as this is the rating of a single fan in standard test conditions (unrestricted) within an anechoic chamber, not of two fans installed on the cooler itself. 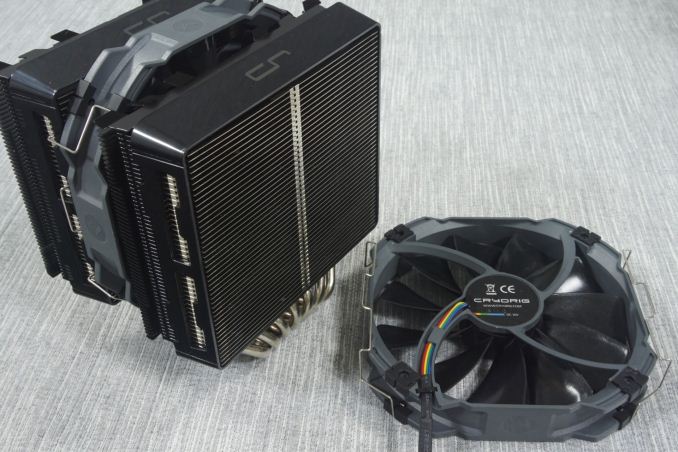 The copper base and heatpipes of the R1 Ultimate have been nickel plated to prevent oxidization, a common upgrade for high-end products. The contact surface is very smooth but not polished down to a perfect mirror finish. In order to save a little room and install a seventh heatpipe, Cryorig placed the seven heatpipes in a slight convex formation. 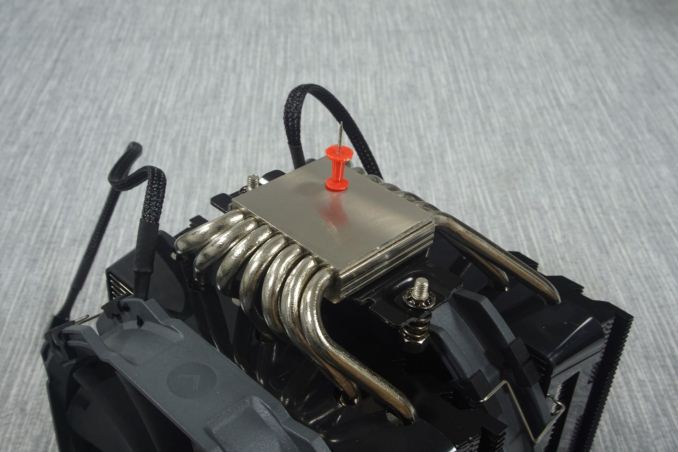