In a blog post today, Sony Ericsson divulged that Android 4.0 Ice Cream Sandwich would be coming to the entire Xperia lineup. This follows the recent news that ICS would be coming to a number of devices as a result of the AOSP source being recently released. The Sony Ericsson devices to get the update include the Xperia Arc series, Xperia Play, Xperia Neo series, Xperia Pro, Xperia Active, Xperia Ray, and lastly the Sony Ericsson Live with Walkman. There is no mention of when exactly ICS will arrive, but further details will be posted as they're made available. 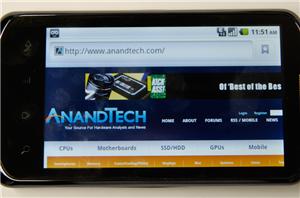 There have been an almost overwhelming number of smartphone launches during this CES - which is definitely a good thing. The whole team has been running around getting hands...